Geography can be used to help understand why some countries are prosperous, why some cultures are isolated, and how natural obstacles change over time.

Geography can come in the form of obstacles that would stop any civilization in its tracks.

Look at this slideshow of natural barriers and consider how much they can change over time:

While mountains take millions of years to erode away, a jungle, desert, or ice shelf can fade away in a matter of centuries due to climactic shifts.

When talking about geography on the scale of millions of years, incredible shifts can happen that dramatically alter the shape of continents.

Over 200 million years ago, this is how the world looked: 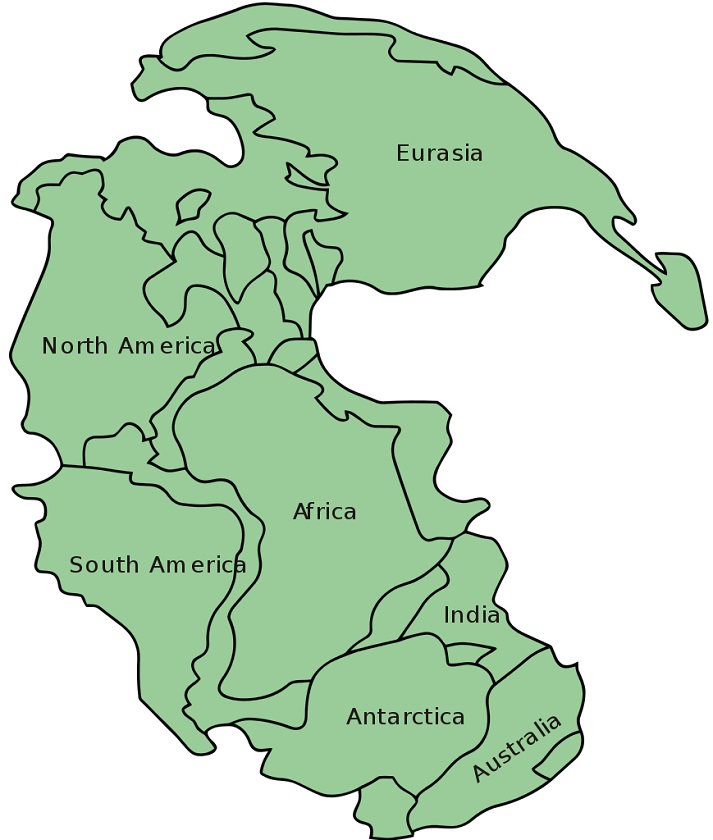 Image by Kieff, via Wikimedia Commons, is licensed under the CC BY-SA 3.0 license.

When the continents as we know them today collided, they formed countless mountain ranges.

New ranges typically have taller mountains; however, they lose their elevation as they age. Because the Himalayan mountain range was the newest to form, when India collided with Asia, it has the tallest mountains in the world.

During the time periods that these continents were together, species came and went and the climatic factors of geography shifted constantly.

Over 10,000 years ago, the Sahara Desert in Africa was entirely arable land for farming. This means the world's largest desert, which separates southern Africa from the prosperous Mediterranean region, was not always inhospitable.

As you watch a portion of How Geography Turned the Sahara Green, pay attention to what about the Earth's position 10,000 years ago would have changed the climate:

This process began around 14,000 B.C. and has occurred cyclically for eons.

Due to the inhospitable nature of the Sahara Desert and its size, the area beneath it in Africa was cut off for centuries from the rapidly developing European and Arab world. If the Sahara had not been a desert, the continent would have likely become a much more integral part of global trade and politics.

Rome managed to conquer the entirety of North Africa at its height: 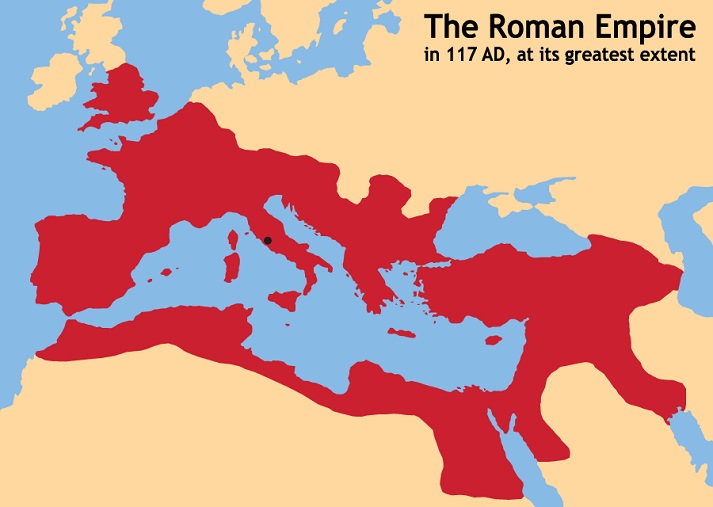 Imagine how much further south they may have conquered if the desert had not stopped them.

The Sahara Desert isolated the countries in this region, cutting them off from the ideas and technology available in other areas of the world and preventing their development.

Once Europeans developed robust ships and trade networks, empires began to venture further south. However, this was only after centuries of minimal contact.

So when asking why Africa is historically less prosperous, we must consider this as we try to interpret both past and current differences.

While the shift in the Sahara is a process that takes thousands of years, the complex geography of the Earth can form or destroy obstacles in only a few decades as well.

Let's use geography to try to find an answer!

As you watch a portion of Why did the Vikings Call Greenland Green and Iceland Icy?, from History With Hilbert, pay attention to the medieval warm period:

The slight warming of the planet during this medieval time period does not have any certain cause but may have been the result of decreased volcanic activity.

No matter the cause, this geographic factor melted away the ice shelves that blocked settlement in Greenland. Understanding this helps us interpret the actions of the Vikings.

Look at these images of present-day Greenland:

However, once you understand this obstacle was not always present, it is easier to understand how the Vikings settled here.

You now know that geographic factors have been able to destroy and create different biomes. 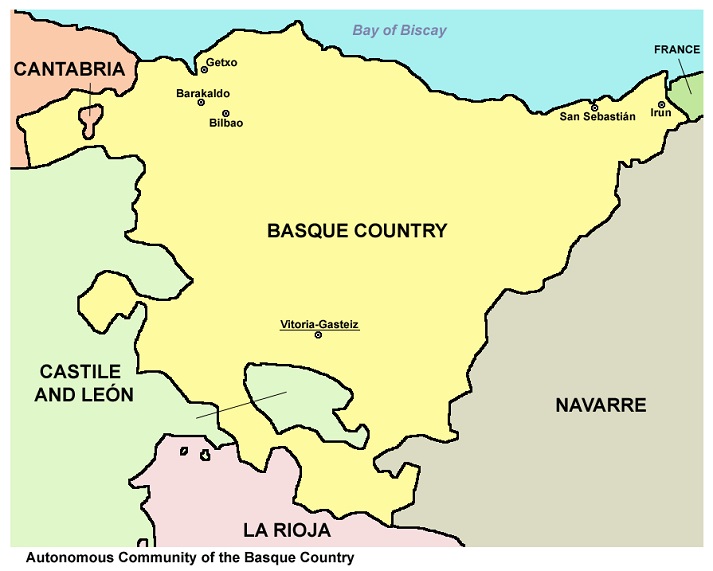 Image by PANONIAN, via Wikimedia Commons, was made available under the CC0 1.0 Public Domain Dedication.

Basque is a language and culture that developed entirely independently from the rest of Europe.

Then, watch a portion of Basque - A Language of Mystery, from Langfocus, to see how geography was able to isolate a people so well that such a unique language was able to develop:

While only miles separated the Basque people from the rest of the European world, mountains created a natural obstacle that sheltered the entire society from influence.

Now that you have seen several forms and effects of geographic factors, move on to the Got It? section to try interpreting the past using geography. 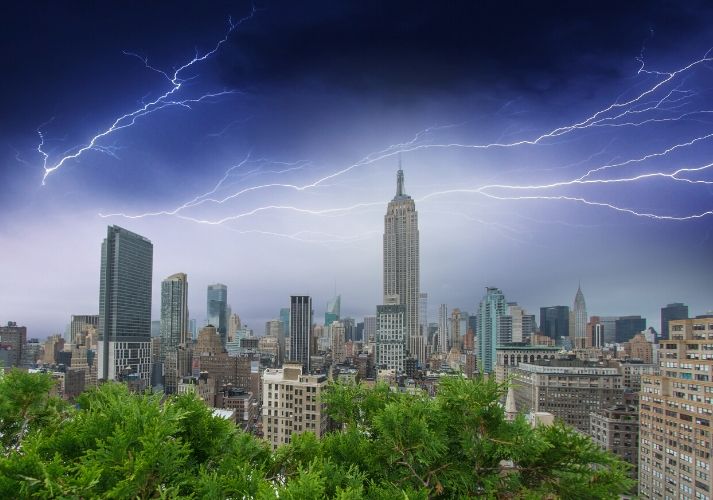 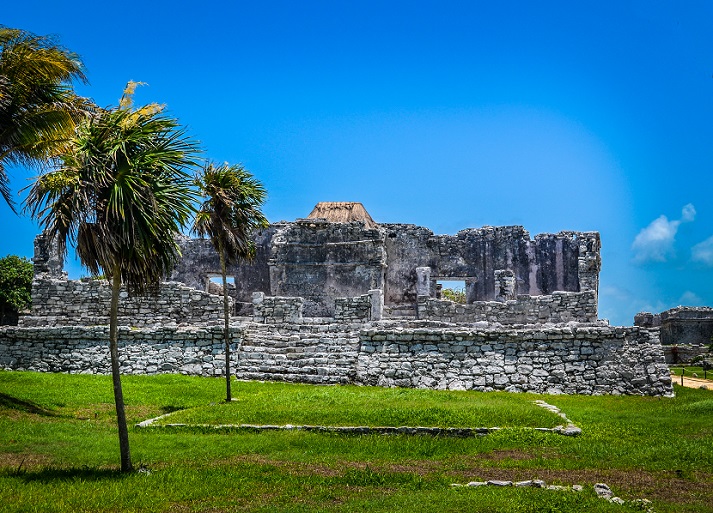