Our national parks are not only about protecting nature but also preserving our archaeological heritage. Come explore the cliff dwellings of the Ancestral Pueblo people at Mesa Verde National Park.

First they lived on top of the mesas (flat topped mountains). Then they built dwellings underneath the cliffs. Eventually their homes were abandoned.

Mesa Verde National Park, in southwestern Colorado, was established in 1906 to preserve over 5,000 archaeological sites, including 600 cliff dwellings that were home to the Ancestral Pueblo people. Mesa Verde is just one of several interesting remains of the Ancestral Pueblo people that can be found and explored in the southwest of the United States. 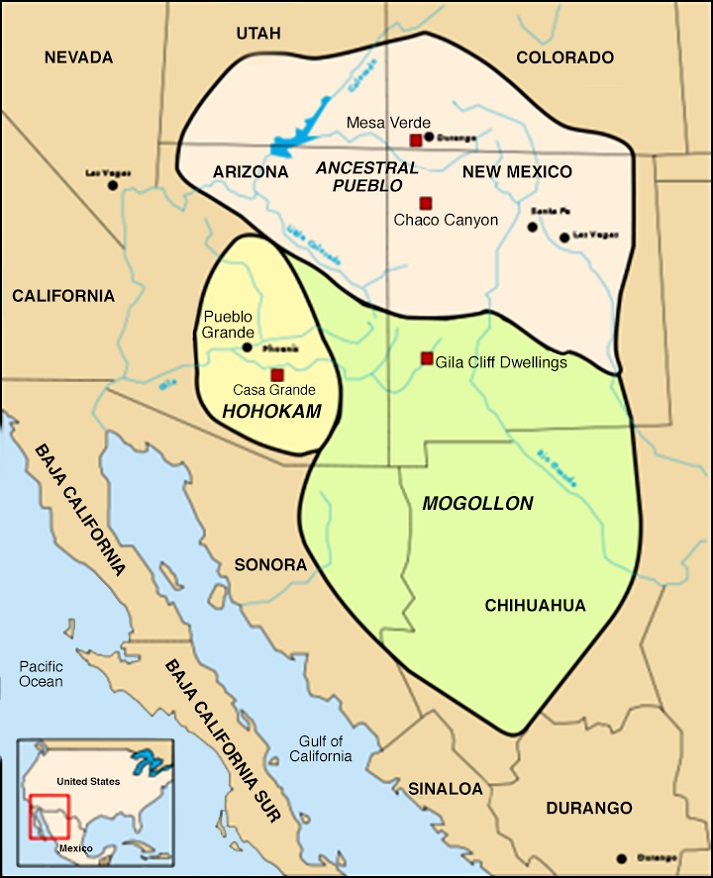 Image by Yuchitown, via Wikimedia Commons, is licensed under the CC BY-SA 4.0 license.

The Ancestral Pueblo people, also known as Anasazi, were an ancient Native American civilization. Their culture is believed to have emerged in 1200 BC, and they were originally known as Basketmakers due to their skill in this craft.

The Basketmakers lived on the mesa tops as nomadic hunters and gatherers. Around 500 AD, the first permanent villages were established. The homes they built were called pithouses and were made of poles and mud. 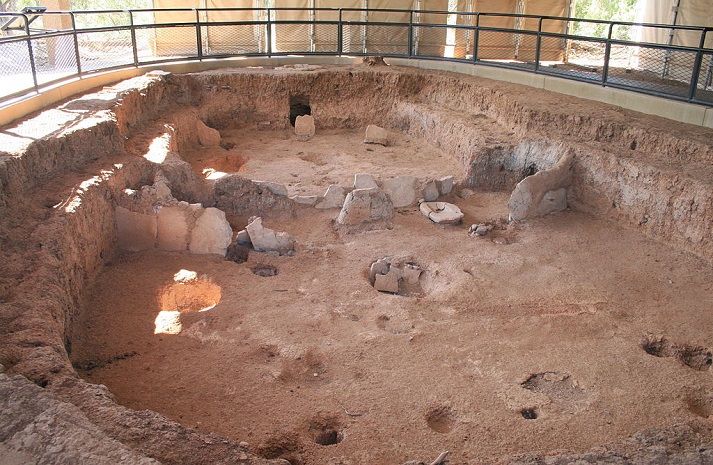 Image by Andreas F. Borchert, via Wikimedia Commons, is licensed under the CC BY-SA 3.0 DE license.

The Basketmakers begin experimenting with pottery, and 750-900 AD is known as a transitional period where their artful expression in pottery becomes more complex and they develop their architectural skills. By 1000 AD, the Ancestral Pueblo people were using stone masonry to build large pueblos or cliff dwellings. As their population grew, these cliff dwellings became more elaborate and were built in alcoves below the canyon rim for safety. 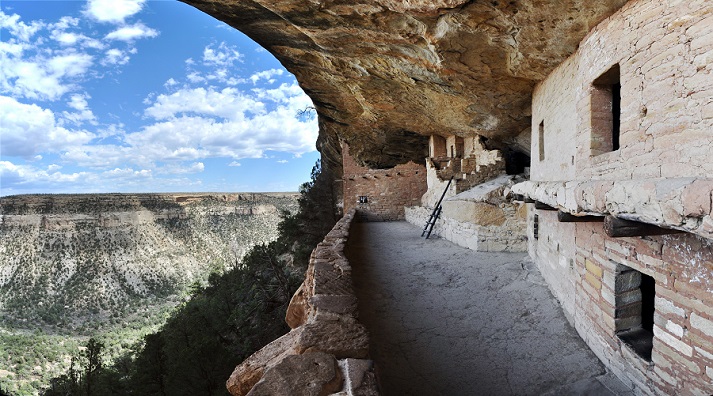 The homes at Mesa Verde were built of sandstone bricks which were affixed to each other using a mortar made of mud and water. Rooms averaged about 6 feet by 8 feet. In addition to living space, there were rooms for storing crops and underground kivas or ceremonial chambers.

Image by Allisunee, via Wikimedia Commons, is licensed under the CC BY-SA 3.0 license.

They spent much of their time farming corn, beans, and squash in the valley below. They also gathered wild plants and hunted deer, rabbits, squirrels, and other game.

Watch The Mesa Verde mystery from nature video and decide what you think happened. 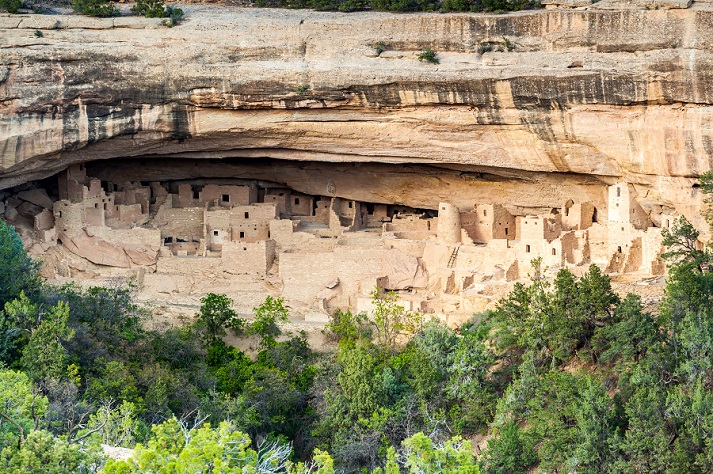 Today at Mesa Verde, you can visit several cliff houses; most notably the Cliff Palace, shown above, and Balcony House, shown below. You can also learn more about Mesa Verde and the Ancestral Pueblo people at the visitor center and archaeological museum. 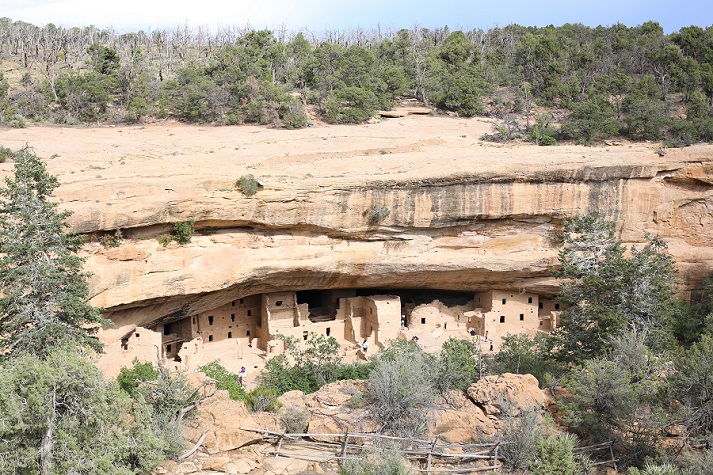 Click NEXT to create an Ancestral Pueblo people timeline in the Got It? section. 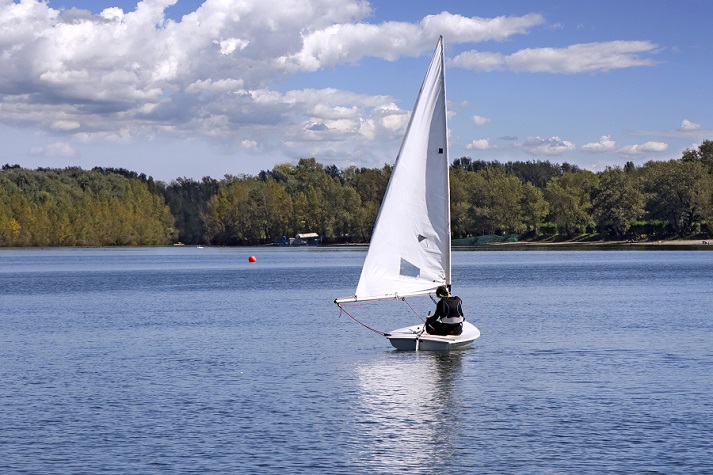 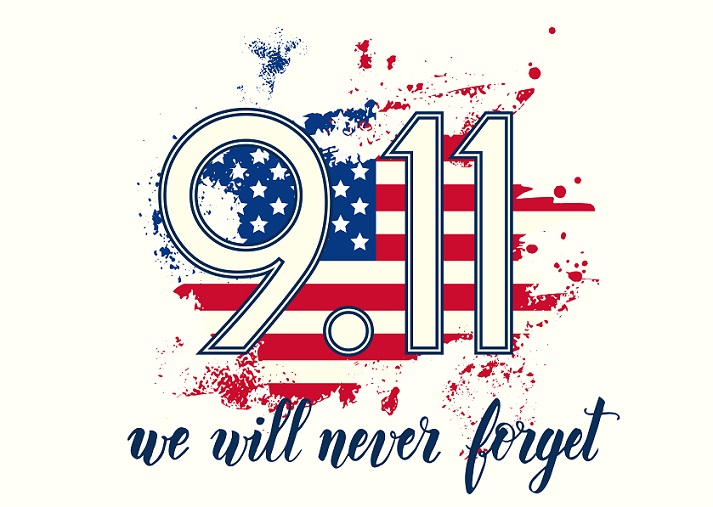 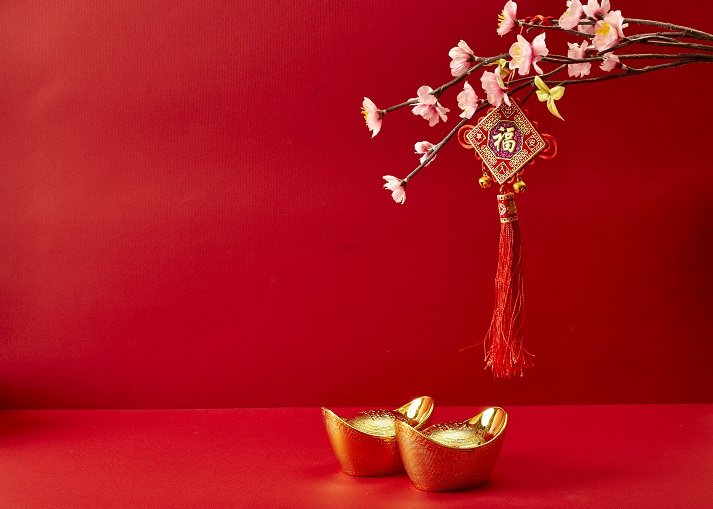