Do you or your parents take shortcuts when you walk or drive somewhere? Ships like shortcuts too, especially when they save hundreds of miles! Learn about this big liquid elevator and how it works!

This watery elevator used more than 60 million pounds of dynamite in its construction.

Take a look at this Panama Canal Time Lapse – Full Transit Travel From the Pacific Ocean to the Atlantic from Trans-Americas Journey: 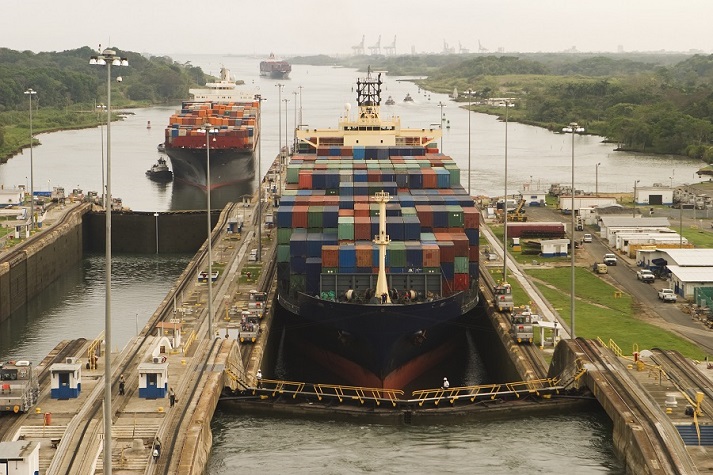 The Panama Canal is a large canal, or waterway, in the Isthmus of Panama, that allows ships to pass between the Atlantic Ocean and the Pacific Ocean.

Take a look at the map below to view the location of the canal: 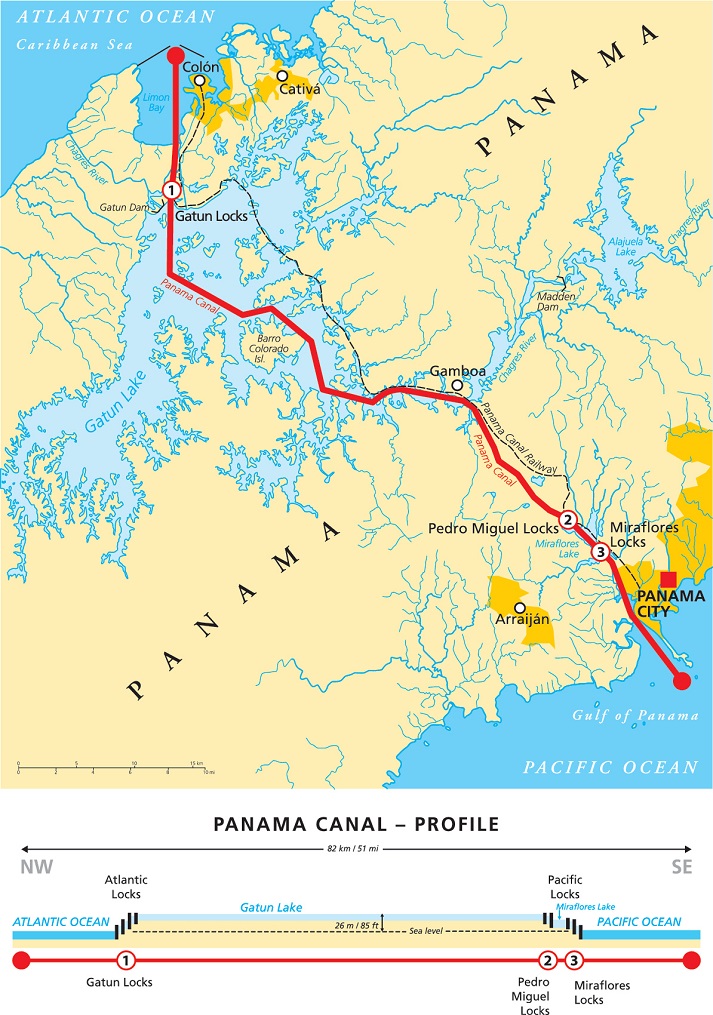 The canal was built by the United States of America and was officially opened on August 15, 1914.

Before the Panama Canal was constructed, ships had a much longer journey traveling around Cape Horn at the southern tip of South America.

The trip from the east coast to the west coast of the United States by way of Cape Horn was about 8,000 nautical miles longer!

How does the Panama Canal work?

The canal uses a system of locks that function as water lifts, raising ships from sea level to the level of Gatun Lake, which is approximately 26 meters above sea level. To pass through the canal, ships must pay a toll that is based on their cargo space.

Watch How Does the Panama Canal Work? and pay close attention to how the ships pass through the canal, how much time it takes, and the number of ships that have passed through:

When you have watched the video, answer the following questions:

The Seven Wonders of the Modern World is a list of structures that are identified for their extraordinary design.

Continue to the Got It? section to complete a brief quiz about the Panama Canal.