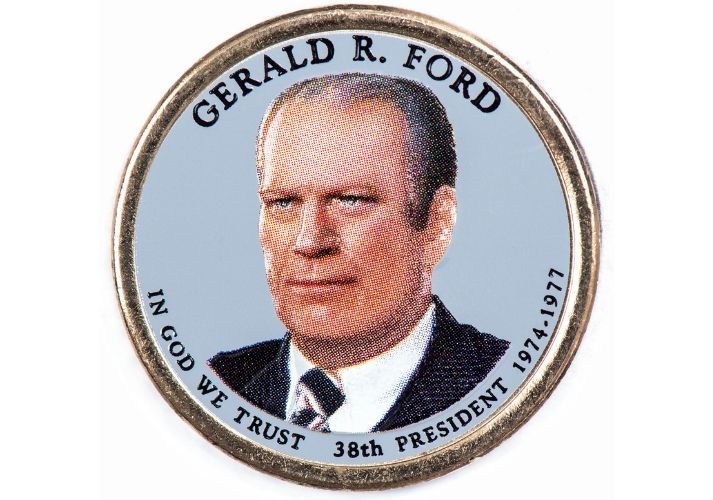 From the beginning, Ford's presidency was challenging. Although he tried to put the country on the right track, the U.S.'s problems were too great to overcome in the 3 short years before re-election.

On August 8, 1974, President Richard Nixon resigned over his involvement in the Watergate Scandal.

Watch this excerpt from his resignation speech to see the way in which then-Vice President Gerald Ford became president.

Nixon: "I shall resign the presidency" from MCamericanpresident:

Within hours of this speech's broadcast into every American home, Gerald Ford would inherit all the problems the United States of America was facing as well as a resigned president who seemed destined for jail over his corrupt activities.

Before looking at how Gerald Ford handled Nixon's resignation, let's consider the atmosphere of the time. 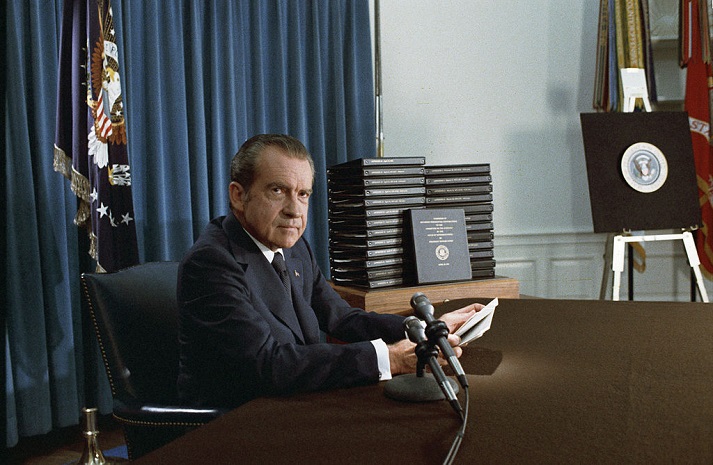 Image from National Archives & Records Administration, via Wikimedia Commons, is in the public domain.

Beginning in 1971, the U.S. economy began to slow down. For the past 20 years, the country had seen unprecedented prosperity following World War II, but this golden age had to end sometime.

Beginning in the 1930s, Keynesian economic theory was used to try to pull the country out of the Great Depression and continue expansion for decades to come. The major pillars of this theory are:

These two problems, inflation and unemployment, were thought to be mutually exclusive. If one went up, the other went down. It was not until the 1970s that this 40-year-old economic theory fell apart.

At the beginning of the decade, inflation was growing at an alarming rate due to the excessive spending on the Vietnam War and former President Lyndon Johnson's Great Society Programs. And as inflation increased, the price of goods from milk to steel began to increase as well.

The American economy had relied on an incredible amount of consumption domestically, so when people began to purchase fewer products and less food, this was a shock to the system. Because of this weak demand, companies had to adjust to the new economy by letting go thousands of American workers.

Now, both inflation and unemployment were rising at incredible rates, and no one had any idea how to fix a problem that was never supposed to happen.

Richard Nixon instituted price controls in 1971, which froze the prices of goods so they could not go up any higher. The thinking was that this would force a stop to inflation; however, it was only able to stop the economy's underlying issues for a short period of time. 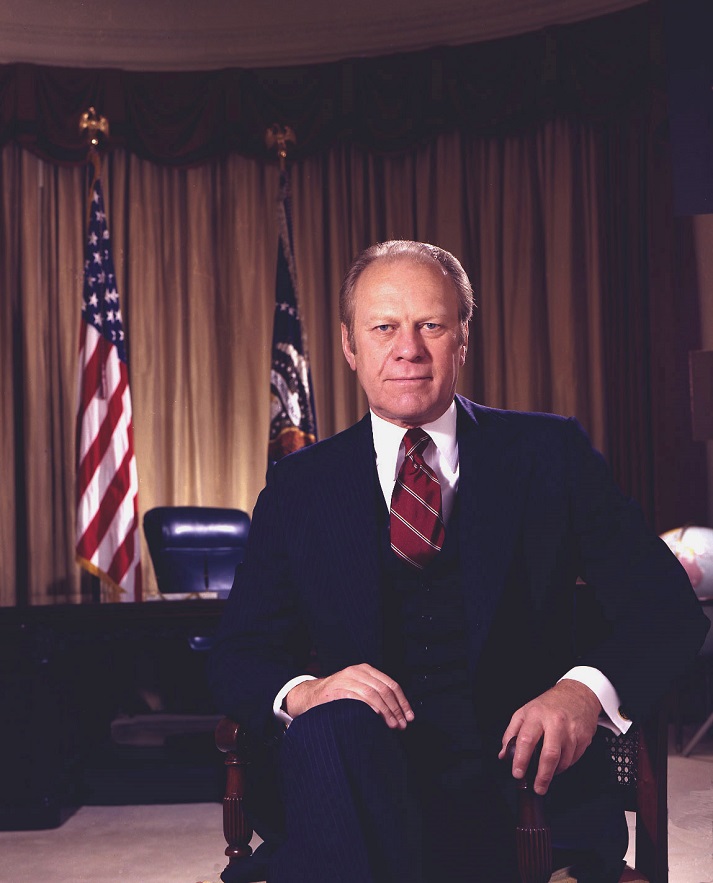 Image by David Hume Kennerly, via Wikimedia Commons, is in the public domain.

By August 1974, Gerald Ford found himself in a very unique position no American had ever been in before.

Richard Nixon's original vice president, Spiro Agnew, pled guilty to tax evasion and had to resign. Because of this, Nixon had to appoint a new vice president. He appointed Gerald Ford, who was the House Republican leader.

Once Nixon resigned, Gerald Ford ascended to the highest office in the country without ever having been on a presidential ticket.

With this in mind, Gerald Ford tried to carve out his own position in Washington. He began his presidency with a spirit of cooperation and compromise with Congress as he tried to be as accountable to the American people as possible.

At the time, many people speculated that Nixon resigned and gave Ford the presidency in exchange for a promised pardon from Ford. (The president of the United States is allowed to pardon anyone for any crime.)

On September 8, 1974, exactly one month after Nixon's resignation speech, Gerald Ford pardoned Nixon for any offenses he may have committed during the entire term of his presidency.

Listen to Gerald Ford justify his decision in October of that year during President Ford's Congressional Testimony on Nixon Pardon Preview, from C-SPAN:

After explaining that Nixon's resignation was in no way punishment for any crimes, Ford explains that he wanted the country to be able to move on from the Watergate scandal.

What problems were so pressing that he had to move on from the Nixon issue? 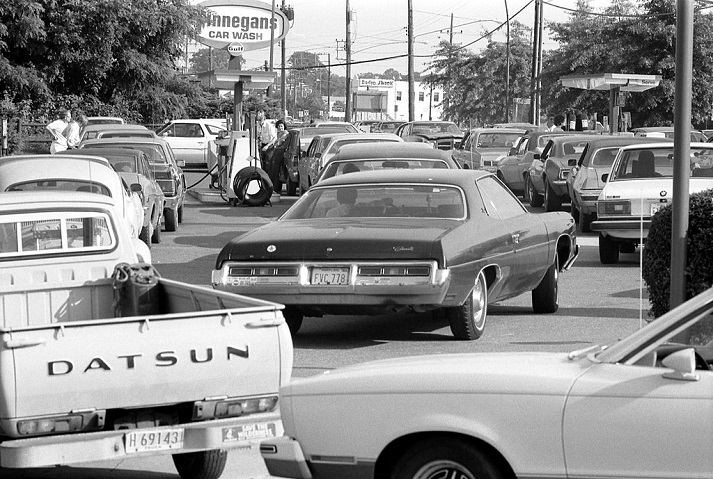 To see how this organization changed in the 1970s, watch a portion of Explained: OPEC, from The Globe and Mail:

In October of 1973, a year before Ford gave the above testimony to Congress, OPEC began to embargo the United States and other western countries from their oil supply.

As people lined up for miles to get gasoline, trucks could not find gas either. The cost to transport goods across America began to skyrocket, which raised the cost of all goods despite Nixon's price controls.

Ford's response to the worsening economy was a program called Whip Inflation Now (WIN), which dramatically raised interest rates. Ford thought this would stop the money supply from growing, stop inflation, and slowly bring jobs back.

Congress, however, had a different response idea. They wanted to pass a massive federal jobs program, in the style of the New Deal, that would dramatically reduce unemployment; however, that would only make inflation worse because it would cost so much to implement.

Ford ultimately vetoed Congress's solution and his plan went into effect. By the end of his presidency, inflation had gone down by a small margin. However, since there were no incentives to convince the American people to stop using oil and the other materials that were contributing to the inflation problems, the economy only barely improved by the end of his presidency. 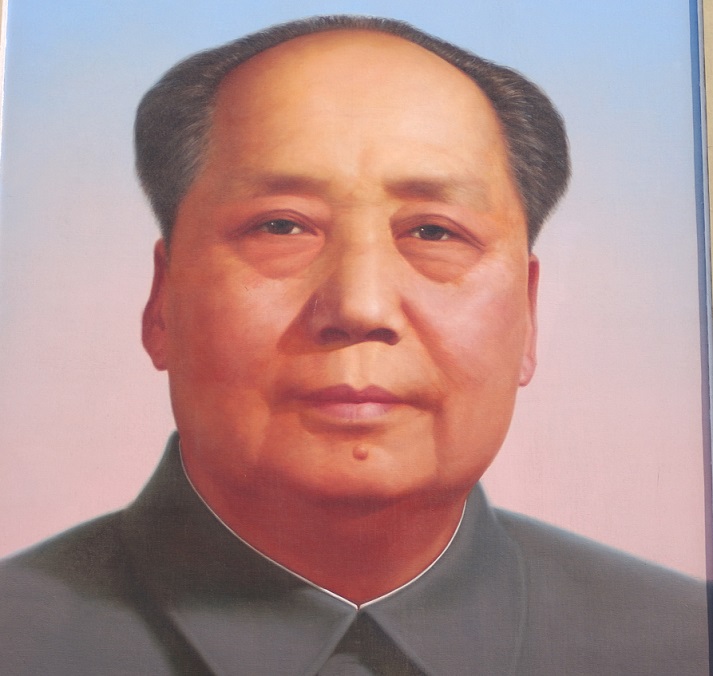 Another factor Gerald Ford had to consider when deciding whether he would pardon Richard Nixon was the optics during the Cold War.

During this period, the U.S. image was incredibly important because politicians did not want to give the Soviet Union or Communist China any fuel to argue the flaws of democracy and the American system. The possibility of a years-long trial of a disgraced president would not have put the U.S. in a position of power at the negotiating table. 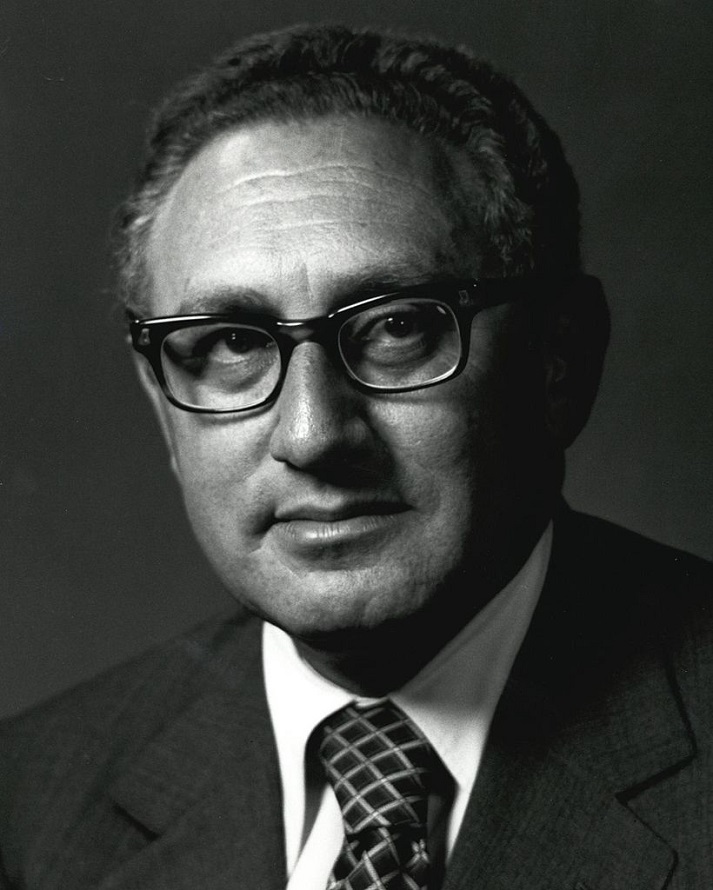 Image by the United States Department of State, via Wikimedia Commons, is in the public domain.

Gerald Ford relied heavily upon the advice of Henry Kissinger, who had been Nixon's former secretary of state. He traveled to China and was instrumental in the easing of tensions with the communist world. The policy of using diplomacy instead of force, known as détente, became the preferred method of dealing with the Cold War.

Watch Henry Kissinger describe the way in which Gerald Ford looked at the presidency and foreign relations differently than other presidents in an excerpt from this 2013 interview.

Gerald Ford did not care about the optics of the presidency because he had never pursued being president.

So while he tried to follow in the path of Nixon's détente, he was less calculating than other presidents may have been. His response when the communist government of Cambodia seized the U.S. merchant ship Mayaguez in the Gulf of Siam in 1975 was controversial.

President Ford responded with a massive show of force. He sent bombers to carry out two airstrikes against Cambodia and sent in a troop of Marines to retrieve the 39 American soldiers being held hostage. Unfortunately, 41 Marines were killed in the operation.

While some supported the action, critics complained that Ford acted without consulting Congress and more Americans died than were saved. Ford, however, was determined to not let Cambodia hold American citizens against their will.

In the end, Ford's presidency was plagued by circumstances as well as his unique perspective on the office. In the above interview, Kissinger explained how doing what he thought was right was more important to Ford than his presidency.

This belief also affected his re-election. For example, he allowed Kissinger to visit South Africa and speak out against apartheid just two weeks before the Texas primary election knowing the majority of Texans opposed apartheid.

After three turbulent years of economic struggles, foreign relation mishaps, and the burden of having to pardon Nixon, Gerald Ford lost his re-election to Jimmy Carter in 1977. 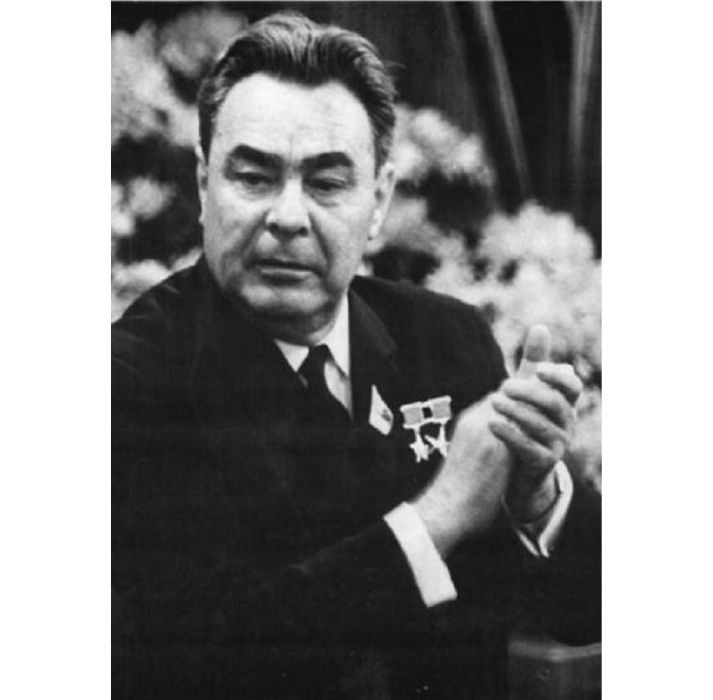 Image by Ulrich Kohls, via Wikimedia Commons, is licensed under the CC BY-SA 3.0 DE license.

There were positive aspects to Ford's presidency as well.

In November of 1974, Ford met with Soviet Premier Leonid Brezhnev to plan the next round of Strategic Arms Limitation (SALT) talks.

In 1975, he joined leaders from 34 nations around the world in Helsinki, Finland for The Helsinki Accords, which were a number of agreements dealing with issues of concern to many nations in Europe.

One of the agreements officially ended World War II and set the final borders between Poland and other Eastern European nations. Other agreements dealt with human rights and the exchange of people and information between Eastern and Western Europe.

These agreements brought more order to the post-war world and moved the nation further from the imminent threat of nuclear war during the 1960s.

Now that you better understand all the problems occurring in the early 1970s, continue on to the Got It? section to analyze the argument that Ford had to pardon Nixon in light of them. 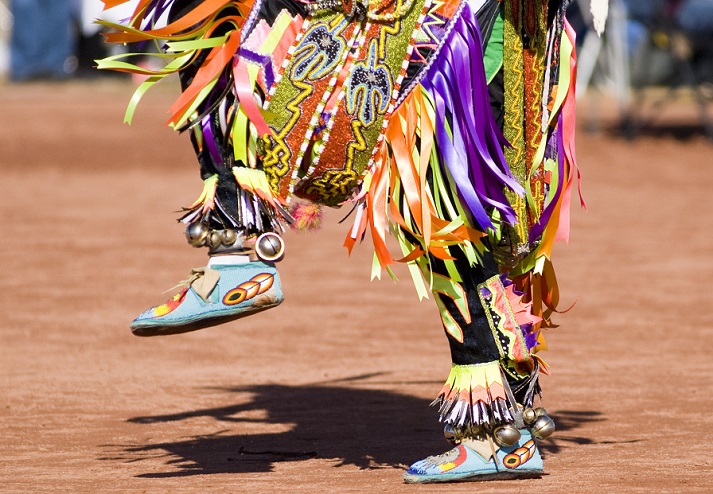