Built not to keep enemies out but to keep citizens in, the Berlin Wall represented the most physical separation between democracy and communism during the height of the Cold War.

Unlike all the other famous walls in history, this wall was a circle.

At the end of the Cold War, Germany was separated into four parts and given to the four major Allied victors of World War II: the United States, Great Britain, France, and the Soviet Union (USSR).

The joint goal of all the Allies was to stop Germany from ever being able to wage war again. This fear was the result of Germany starting both world wars of the century.

Although the Allies lost many millions of men, no victor lost more than the Soviet Union. This fear of Germany led to much harsher treatment of the Germans in the USSR quarter of the country.

Eventually, the three other Allies combined their portions in the nation of West Germany, a democratic country, while the Soviet Union enforced communism within their quadrant.

Due to the significance of the German capital, Berlin, the city was also separated in the same way. However, the city itself was deep within the Soviet-held area of Germany, which eventually caused tremendous conflict.

Having lost so many people fighting Germany in the 20th century, the dictator of the USSR, Joseph Stalin, was determined to debilitate all industry in Germany. In his eastern portion of the country, he removed machinery and as much wealth from the cities as possible in an attempt to create the long-lasting peace the whole world was after.

While the US, France, and Britain saw the institution of democracy as the best method to keep the peace, the communist USSR felt at odds with their western Allies.

Surrounded by the decaying East Berlin, West Berlin grew to be a bastion of prosperity and hope. This presented a stark contrast for all those suffering in Eastern Germany and caused many of its citizens to flee to the west, making Stalin's overall tactics impossible to achieve.

It was not the general prosperity of the people Stalin sought to end, but the vague idea that Germans were a warring people who would stop at nothing to destroy the world.

By 1948, so many people had fled to West Berlin and gained asylum from the USSR, that Stalin decided to cut the entire city of Berlin off from supplies. Remember, this was possible because all of Berlin was inside the Soviet-controlled area of Germany. 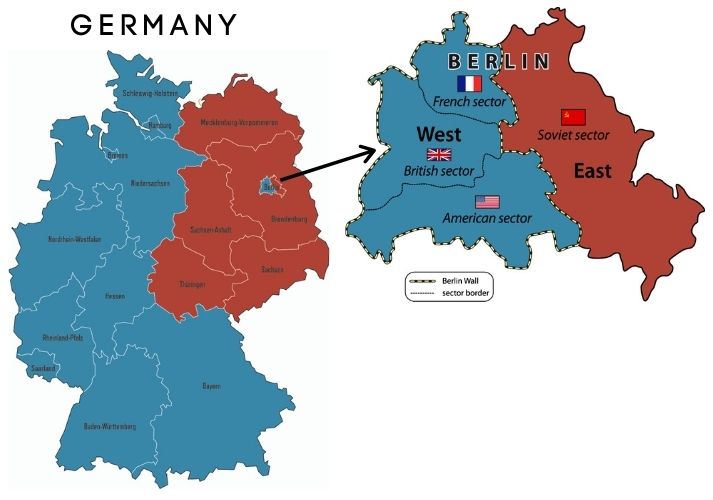 Stalin reasoned that by cutting the city off, he would force America's hand, and they would relinquish control of West Berlin. This was a miscalculation, however. After the supply road into the city was blocked, the US Air Force airdropped thousands of tons of supplies instead for months on end.

To see what it took to keep this city alive, watch How the Biggest Airlift in History Saved West Berlin from Smithsonian Channel:

Rather than destroy popular support as Stalin had hoped, the Berlin blockade only rallied support for West Berliners. 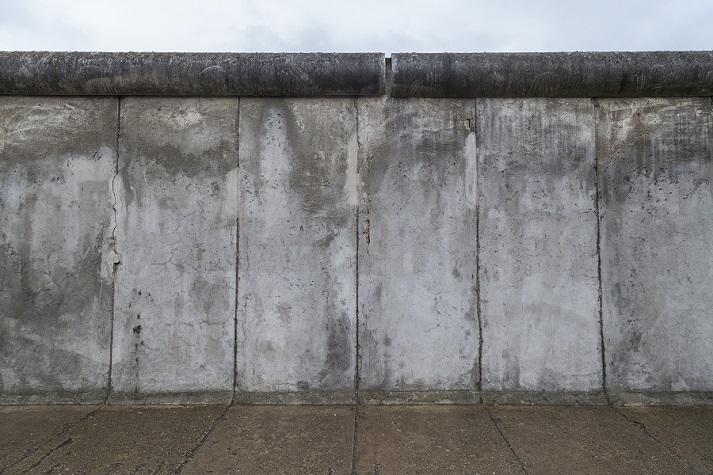 Construction of the Wall

Because the western democracies were rallied against communism, any citizens of the Soviet Union or other communistic countries could ask for asylum if they could make it onto democratic soil.

Closing the borders between the East and West Germany, however, could not solve this problem for the USSR in the capital of Berlin itself because it was too integrated into the infrastructure. By 1961, after many attempts to completely end migration out of communist Germany, it was clear to the Soviet Union that nothing had worked.

First barbed wire was erected to encase West Berlin, and slowly the fortifications increased. Watch the video below to see how the wall grew and eventually fell, as well as what it took to get through it.

Continue on to the Got It? section to explore the two sides of Berlin further.