Multicultural cities, medieval castles, Roman aqueducts, the Mediterranean Sea, and the Pyrenees Mountains. With its rich history and diverse geography, Spain has it all!

Located on the Iberian Peninsula in Western Europe, Spain is a diverse country with a rich and ancient history, beautiful beaches, snow-capped mountains, bustling cities, and quiet, country villages.

Watch the video below for an excellent overview of Spain. It will stop before the quiz, but you can continue the video if you feel up to the challenge!

Spain occupies 80% of the Iberian Penninsula with the remaining territory belonging to Portugal. The area is roughly 505,000 square kilometers.

Most of the country is considered Meseta Central or highland plateau which is rimmed by mountain chains such as the Pyrenees, Sierra Nevada, and Cantabria.

Lowland regions include the Andalusian Plain in the southwest, the Ebro Basin in the northeast, and coastal plains.

History of Spain in a Nutshell

To understand a country and its people, you first need to know a little about its history.

Spain's prehistory includes the presence of several different cultures - including the Iberians, Celtiberians, Tartessians, Lusitanians, Phoenicians, Vascones, and Carthaginians - all of whom inhabited different areas of what is now the Iberian Penninsula.

Take a look at this ethnographic and linguistic map of the Iberian Peninsula circa 200 BCE: 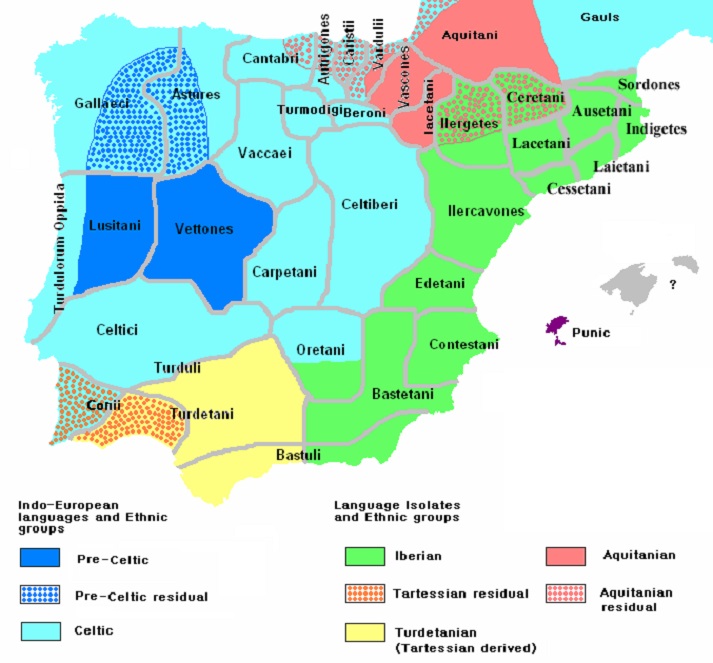 Image by The Ogre, via Wikimedia Commons, is licensed under the CC BY-SA 4.0 license.

The Romans arrived at Hispania, or what is now known as the Iberian Penninsula, in 218 BC and inhabited the area until 500 AD.

One of the most notable constructions of the Romans was the aqueducts in Segovia which were built in the second half of the first century AD to supply water to the city. At its height, the aqueduct reaches 28.5 meters high.

Today the aqueduct can be seen traversing the city and surrounding hillsides: 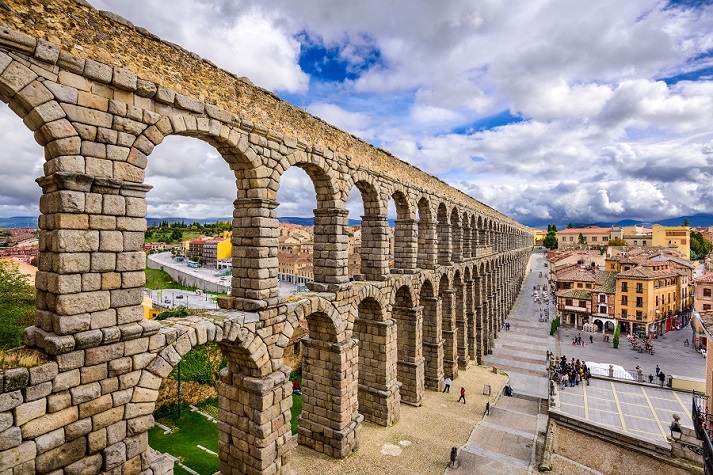 In 711, the Muslims invaded the Iberian Peninsula and retained power for 7 centuries leaving behind incredible architectural sites such as the Great Mosque in Córdoba and Alhambra in Grenada.

Beginning in the 800s, the Christian Spaniards and Portuguese warred against the Muslims in an attempt to drive the Moors from the Iberian Peninsula. Battles ensued for years as the Muslim territory slowly fractured.

The Muslim period officially ended in 1492 when Ferdinand and Isabel, from the strongest Hispania Kingdoms of Aragon and Castille, married. This unified the Spanish Christian forces, who conquered the last Muslim stronghold of Grenada and officially ended the Reconquest. 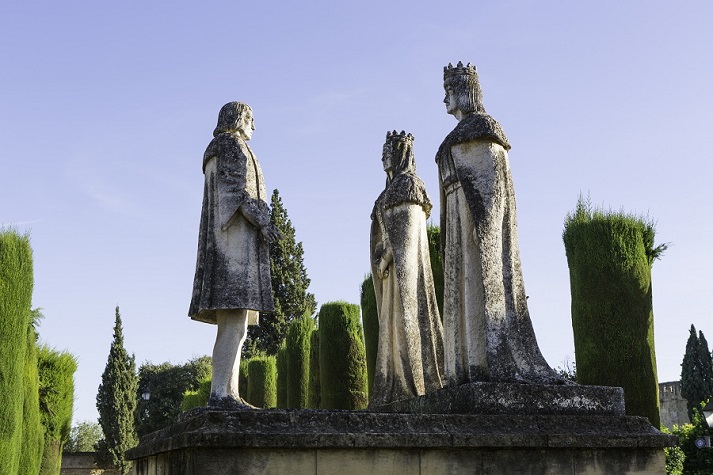 From 1492 until 1898, the Spanish expanded their empire across the Atlantic to the Americas with the explorations of Christopher Columbus, Hernan Cortes, and Francisco Pizarro. These conquistadores were on a quest for land and gold. 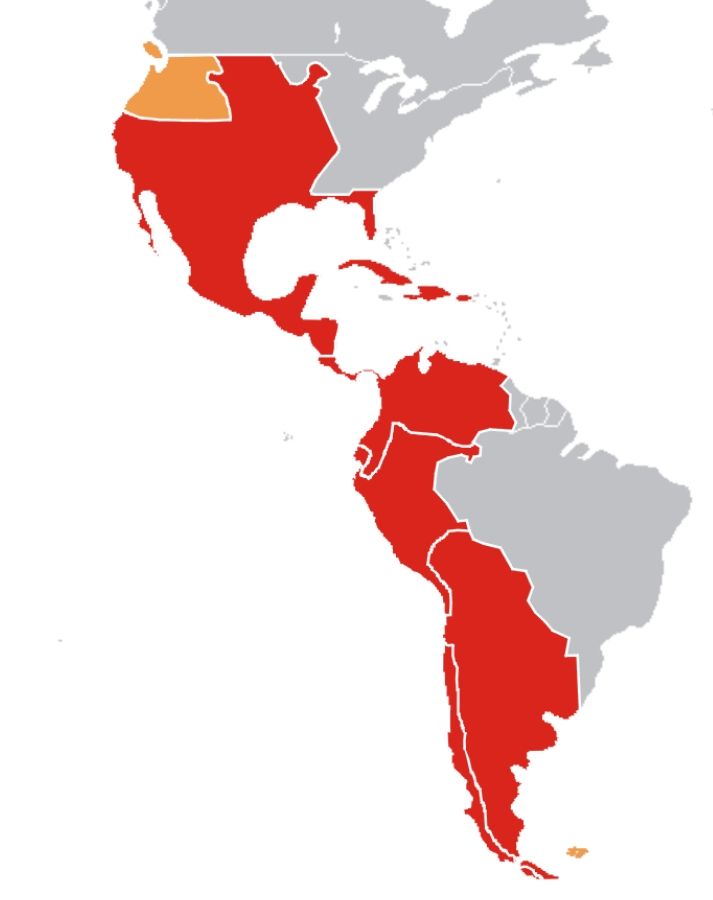 Image [cropped] by Jluisrs, via Wikimedia Commons, was released into the public domain.

To learn more about the colonization of the Americas, check out the Elephango lesson found under Additional Resources in the right-hand sidebar.

In 1936, a bloody civil war broke out in Spain and lasted until 1939. There were many reasons for the war including problems like poverty and inequality. However, the main cause was the inability of all sides to compromise.

Half a million people died during this time.

General Francisco Franco became the official ruler of Spain in 1939 and maintained power until his death in 1975. The Civil War and the rule of Franco remain a divisive topic for the people of Spain.

Spain joined the European Union in 1986.

Today, Spain consists of 17 autonomous or self-governing regions. These communities operate according to the guidelines set out by the Spanish Constitution, but each has its own set of organic laws.

This autonomy was awarded to the regions as a way of appeasing areas that were suppressed during Franco's dictatorship.

When you're ready to test your knowledge, head over to the Got It? section! 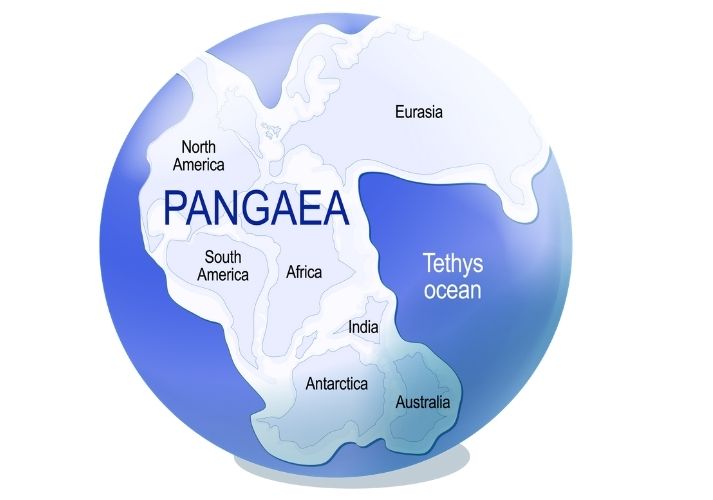 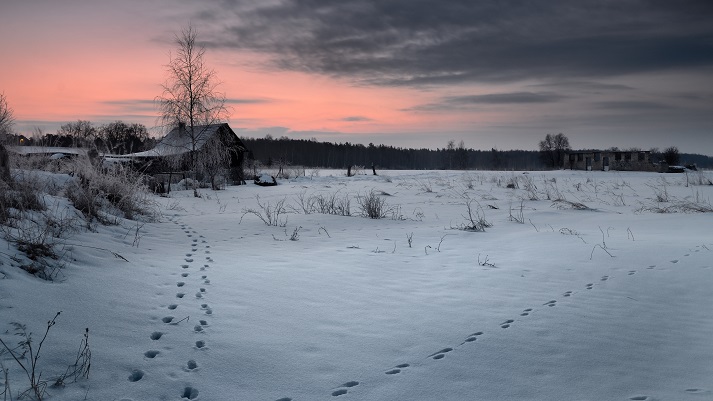 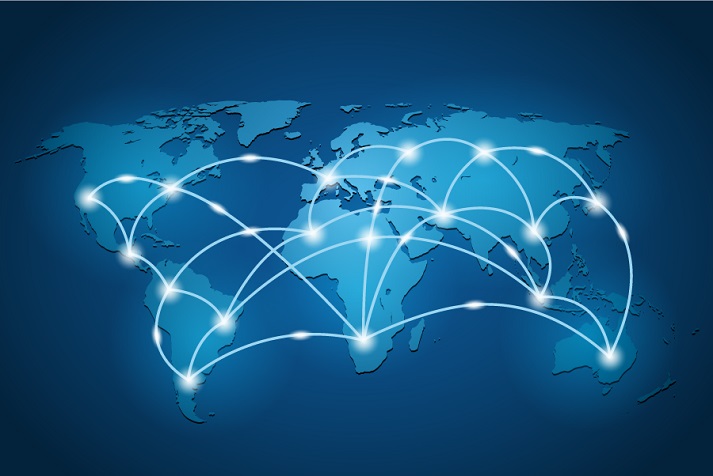 The 5 Themes of Geography: Movement 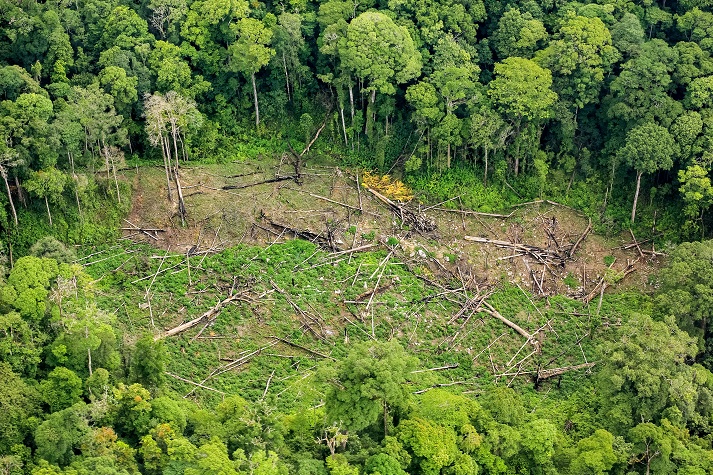