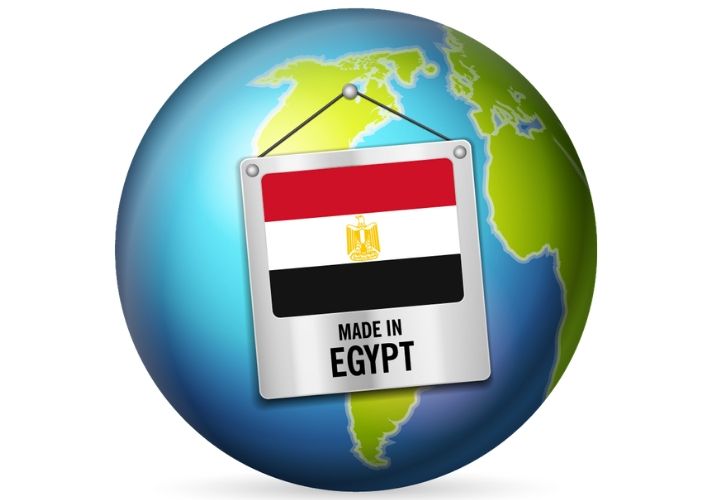 You know that the Egyptians built the pyramids and invented hieroglyphic writing. But they also invented the calendar, the police, and wigs! Hang on for a wild ride through Egyptian inventions!

In 2003, a very old piece of papyrus was discovered in a museum in Vienna, Austria. On it was a recipe written by an ancient Egyptian scribe for a formula made from rock salt, mint, dried flower petals, and pepper. Crushed and mixed together, what do you think this "recipe" would make?

The ancient Egyptians invented a system of writing, a system of math, and the first type of paper; however, they also came up with some surprising innovations as well, including wigs, makeup, breath mints, and even toothpaste!

(Yes, the "recipe" found in the Austrian museum was for toothpaste!)

In this final Related Lesson of our Ancient Civilizations: Egypt series, we'll explore some of the Egyptian inventions that we still use today.

The Egyptians realized that they needed a way to keep track of the days. A farmer needed to keep track of the seasons, so he could plant and harvest his crops on time. At first, they told time by the phases of the moon. This led to a 12-month year, but they found there would be some days missing after a few years. Later, they came up with a 365-day year. This is what our modern calendar is based on (with the addition of the leap year, an additional day every fourth year, which was added by the Romans!). 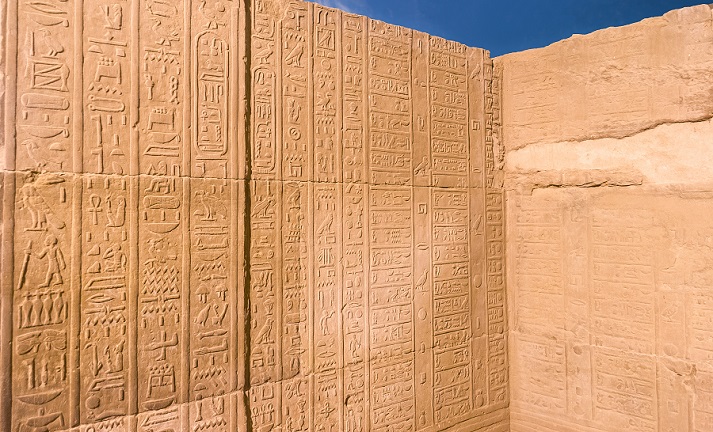 Where would modern farmers be without the plow, the sickle, and irrigation? The Egyptians were the first people to use all these things. They invented something called the shadoof, which is a bucket attached to a long pole with a weight on the other end. This pole rested on top of another pole like a seesaw. Men would dip the bucket into the river, and the shadoof worked as a lever to make lifting the water easier. Then the water was dumped into irrigation ditches. 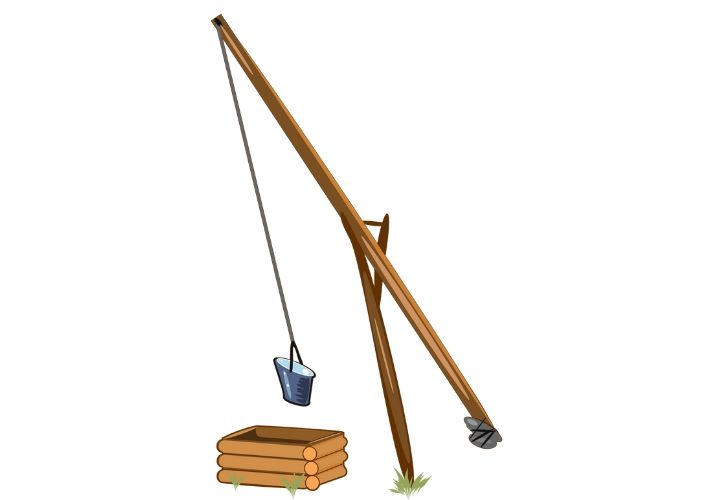 The Egyptians used a reed called papyrus that grew near the Nile to make their paper. The reeds were cut open and pressed out into flat sheets. They overlapped the sheets and pounded them down to make smooth paper. They used soot, vegetable gum, and water to make an ink and cut a reed to a point to make a pen. 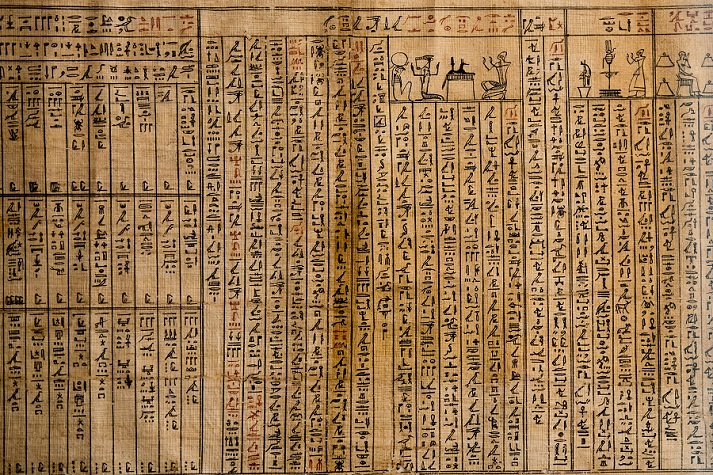 The Egyptians mixed lead ore with water to make an eyeliner. They would outline their eyes with this to make them look larger and to protect them from the glare of the sun. They colored their lips and cheeks with ochre (red clay) and used the henna plant to make a hair-coloring mixture. Both men and women used oils to moisturize their skin and keep it from getting chapped in the sun and wind. 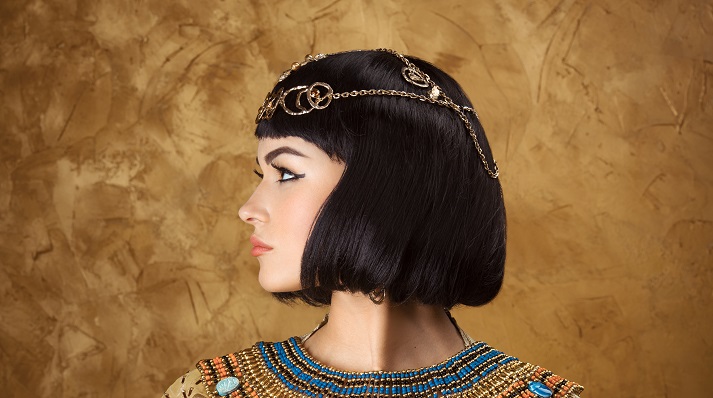 The Egyptians developed a police force to keep order and enforce the laws. There were also special police units to protect the temple. The police used dogs -- and even trained monkeys! -- to help hunt down and hold criminals. They not only enforced the laws, but also administered the punishments. 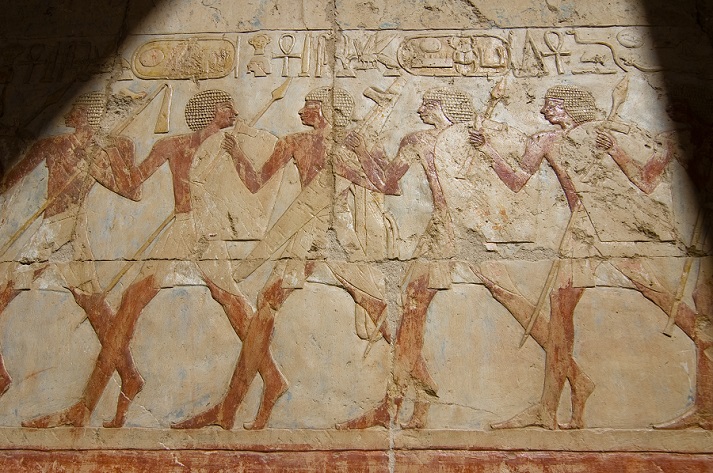 Those are just a few of the Egyptian inventions. Now, you're going to watch a video about some more and record what you learn on a chart.

15 Things You Didn't Know Were Invented In Ancient Egypt from Planet Dolan:

When you're finished with your chart, show it to your teacher or parent.

Then, head over to the Got It? section where you'll arrange a virtual museum display of Egyptian artifacts!