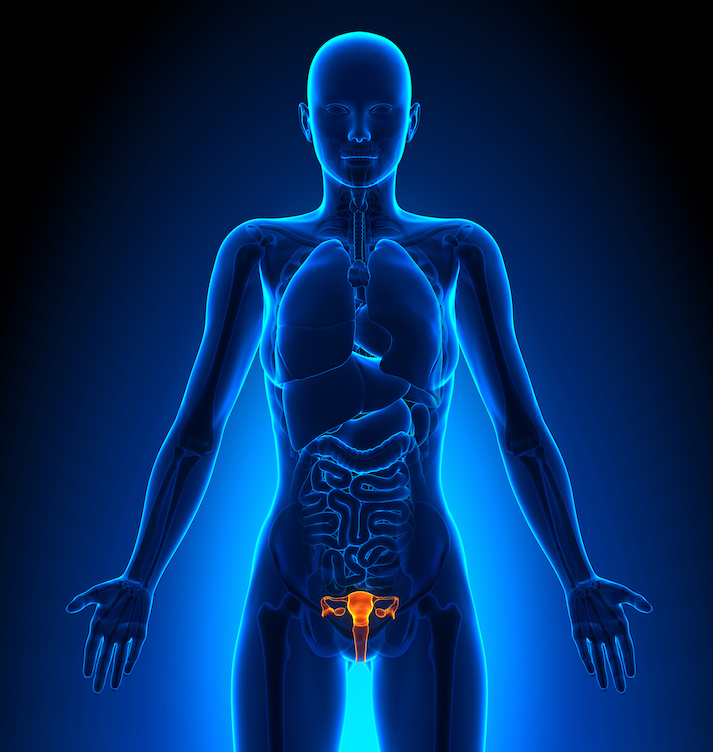 Basics of the Female Reproductive System

OK, the birds and the bees and cabbage patches won't do. It's time to learn the awesome way babies are created! What goes on in the mom's body that makes it so special? Yes, there are eggs involved!

How does the female reproductive system contribute to perpetuating the human race? What goes on inside the mother's belly that makes a baby pop out?

In sexual reproduction, there are two sexes, or genders: male and female. Females have an internal reproductive system that allows for long-term pregnancy and protects fetal development. The female reproductive system becomes active once a female has reached puberty, or sexual maturation. During this period of development, teens experience physical changes throughout the body. 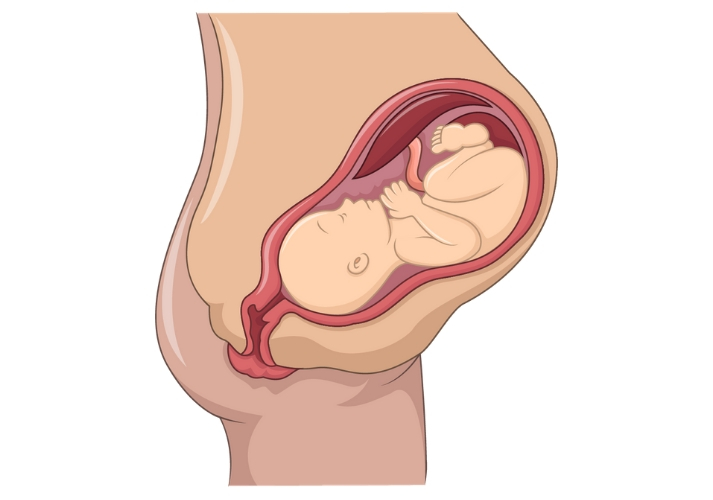 The female reproductive system is covered on the outside of the body by the vulva, located between the legs. The vulva protects the opening to the vagina, a flexible muscular area that extends from the outside of the body to the uterus. It is usually around three to five inches long and is lined with mucus membranes to regulate moisture. During menstruation, contents from the uterus flow out of the body through the vagina. During childbirth, the newborn will move through the vagina during delivery. 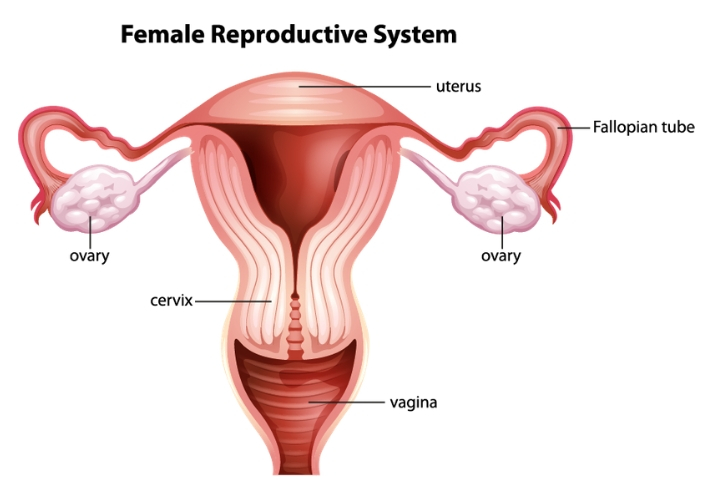 At the upper end of the vagina is the cervix, an area of tissue responsible for producing mucus and also dilation, or widening, during childbirth, so the baby can move from the uterus through the vagina.

Did you know that the female uterus is one of the strongest muscles in the body? It contracts during childbirth to push the baby out! It is a muscular organ that looks similar to an upside-down pear. Each month, the uterus builds up blood and nutrients along the walls, preparing for any fertilized eggs moving through. If the egg is not fertilized, it will pass through the uterus, and the female will have a period. During a period, the female will pass the material that has accumulated along the interior walls of the uterus. This cycle occurs every 28 days on average. 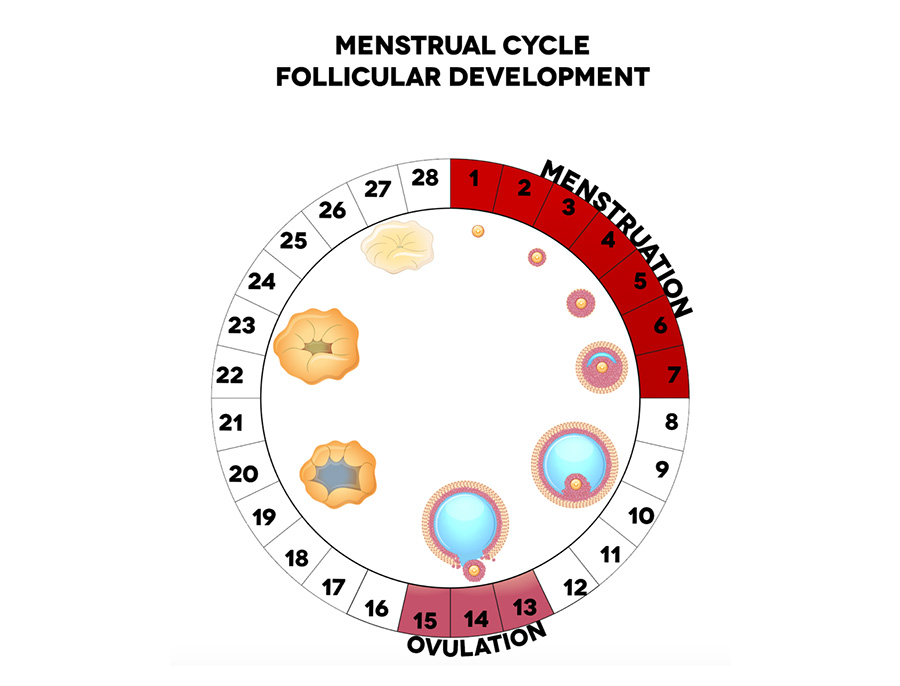 In order for an egg to be fertilized, it must be released from the ovaries. Females have two ovaries — small oval organs responsible for producing and releasing eggs each month after puberty. Ovaries only measure up to two inches wide in adult women. The process of releasing an egg is called "ovulation." Ovaries take turns releasing eggs, switching back and forth each month. Fraternal twins are born when both ovaries release an egg and both eggs are fertilized by different sperm! Notice that ovulation occurs about a week after the menstrual cycle; this allows time for fertilization to occur before the cycle starts over.

Once an egg is released from the ovary, it must travel through the fallopian tubes. These tubes attach the uterus to each ovary, and are up to four inches long. 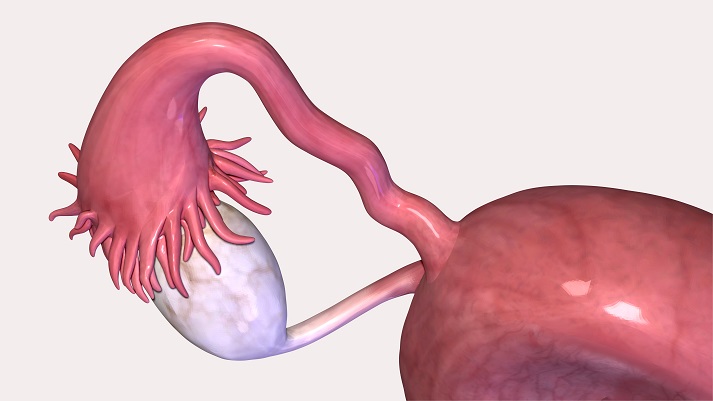 Notice the fringed end of the fallopian tube that seems to attach to the ovary. It actually surrounds the ovary, creating a funnel for the egg to move into. Once inside the fallopian tube, the egg is moved along by cilia, tiny hairs found on the surface of the cells lining the tubes. These hairs beat back and forth, slowly moving the cell towards the uterus.

This occurs when an egg becomes fertilized and implants itself in the fallopian tube. These pregnancies can be very dangerous and harmful to the mother.

The female reproductive system is built to provide a safe womb for human development. It relies on hormones to trigger the release of eggs from the ovaries, which move through the fallopian tube with the help of special hairs. The egg reaches the uterus either to implant as a fertilized egg or be released during menstruation. Menstrual flow is released from the body through the cervix and vagina.

All of these structures make up the female reproductive system, located in the pelvic region.

Discuss what you have learned with a parent or teacher.

In the Got It? section, you will learn more about menstruation. 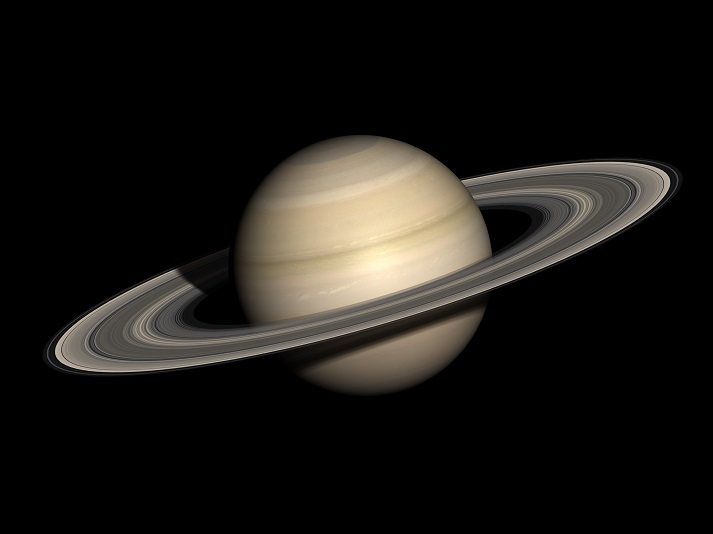 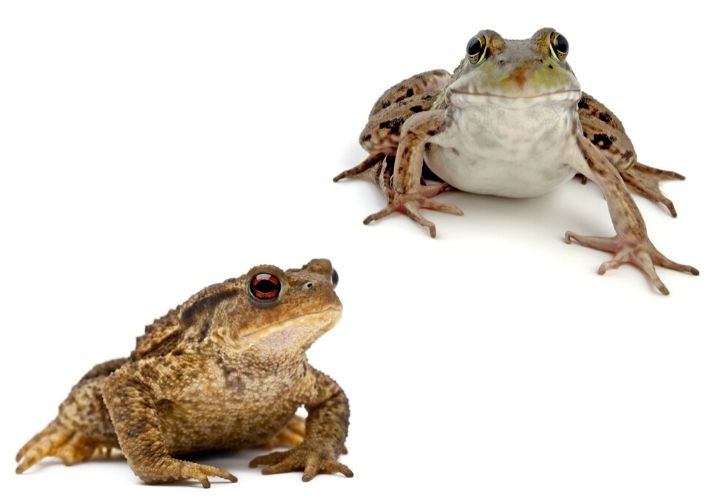 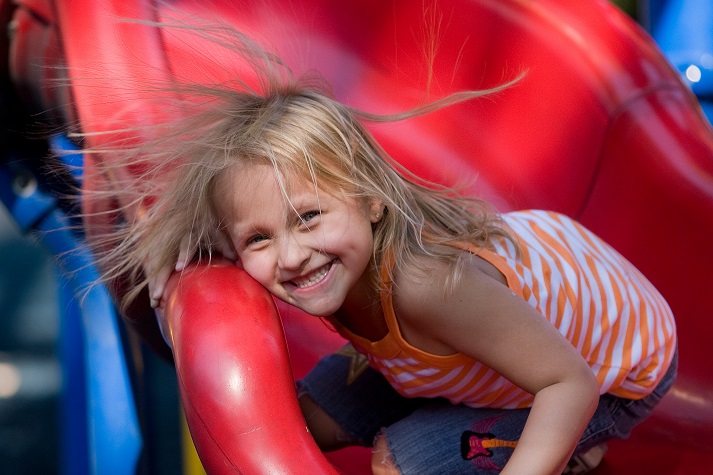