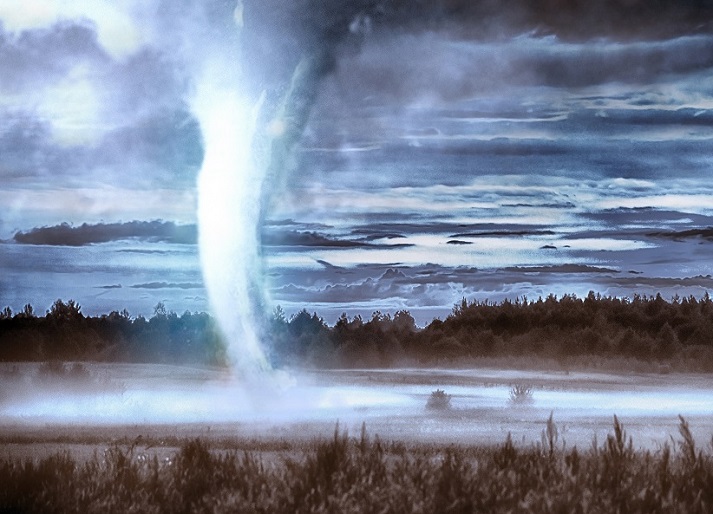 You've seen them in popular movies like "The Wizard of Oz" and "Twister." You may have even seen one in real life. But what exactly IS a tornado, and how is it formed? Find out here!

Watch what is happening in the video below, shot outside Campo, Colorado in 2010.

Keep going to learn how these dangerous storms are created!

What is tornado weather?

In order for a tornado to form, we must first have a thunderstorm known as a supercell. 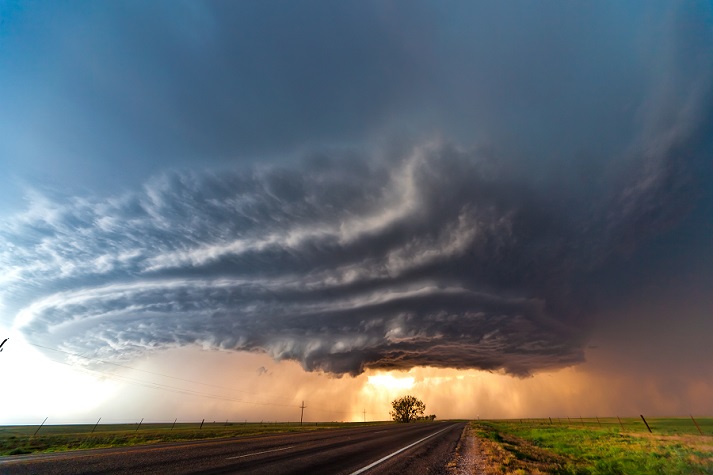 A supercell thunderstorm has a very strong updraft, or winds moving upward, called a mesocyclone. Convection causes the warm air to float upward because it is less dense. As the warm air near the ground rises, cooler air from above sinks.

(To learn more about heat transfer, check out our lesson found under Additional Resources in the right-hand sidebar.)

This cycle is what causes the rotation of air that can become a tornado.

Watch this StormChasingVideo of an Incredible Supercell time lapse and storms from Imperial, NE - 5/28/2019:

Check out What is a Supercell? from the National Weather Service.

Tornado formation can be pretty confusing! For a good review, watch How do tornadoes form? - James Spann from TED-Ed:

Although tornadoes can occur almost anywhere, most tornadoes occur in the Midwest in a section called Tornado Alley. 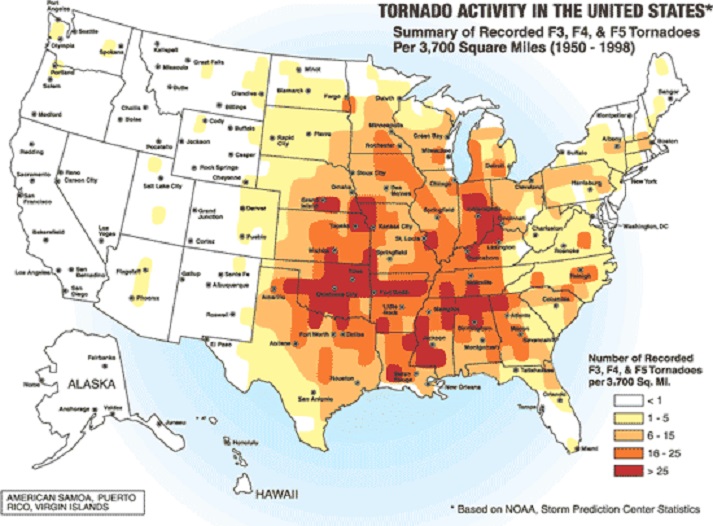 Image by FEMA, via Wikimedia Commons, is in the public domain.

The cool air from the mountains and the warm air from the Gulf of Mexico make tornadoes especially common in this area.

Vox explains Why the US has so many tornadoes:

In the 1996 movie Twister, Bill is called a human barometer because of his ability to sense tornadoes. Watch this clip from the movie where Bill looks at the sky and tests the wind. He knows a tornado is coming and tells his storm-chasing friend, "It's goin' green."

The Human Barometer from Twister (1996):

Does the sky actually turn green before a tornado?

Yes and no. A green sky doesn't necessarily mean a tornado is coming, but it is associated with large thunderstorms that have a lot of hail and rain.

Sunlight, which is white light and made of all colors, is scattered when it hits our atmosphere and the thunderstorm. This removes the red and blue wavelengths and leaves the green light, causing the air to take on a green tint.

Do tornadoes have families?

In another clip from the movie Twister, the storm chasers find a family of tornadoes, which is actually several tornadoes. 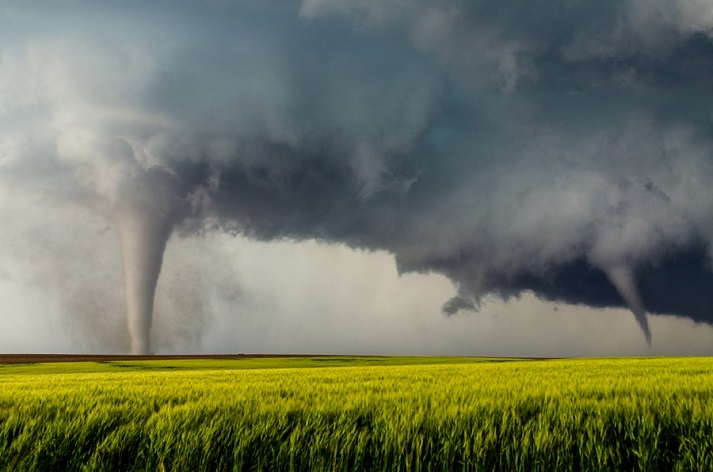 What noise do tornadoes make?

In March of 2012, not one but two tornadoes hit the high school in Henryville, Kentucky. Watch, and listen, as one of the tornadoes destroys the school gymnasium.

TORNADO - SEE BUILDING DESTROYED FROM INSIDE from maynardcat:

Survivors who have been through a tornado describe it as getting very quiet at first before sounding incredibly loud, similar to a loud freight train, when the tornado passed over them. Read John Kass: Tornadoes sound like eerie silence - then evil, from the Chicago Tribune, for a first-hand account of just what it is like to hide from a tornado.

So how did Hollywood recreate that sickening sound for the movie Twister? They used a camel of course. If that is hard to believe, listen to this crazy Camel Sound from gggy1004:

The camel is clearly saying, "Hurry over to the Got It? section to see how much you have learned about tornadoes!" 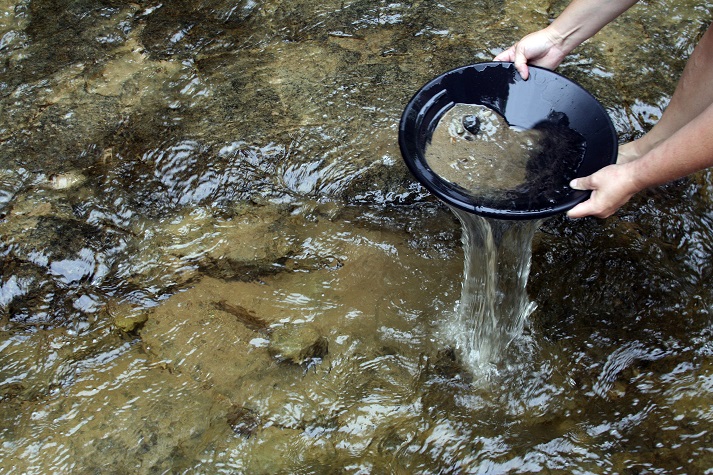 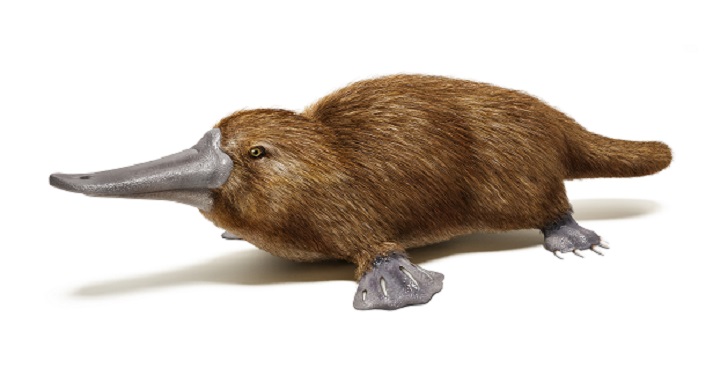 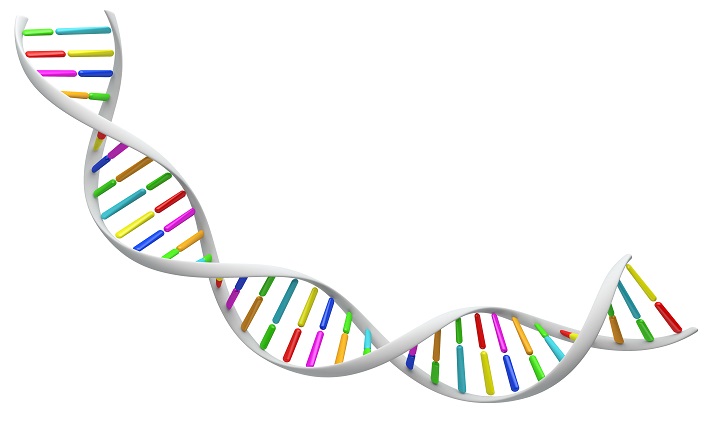 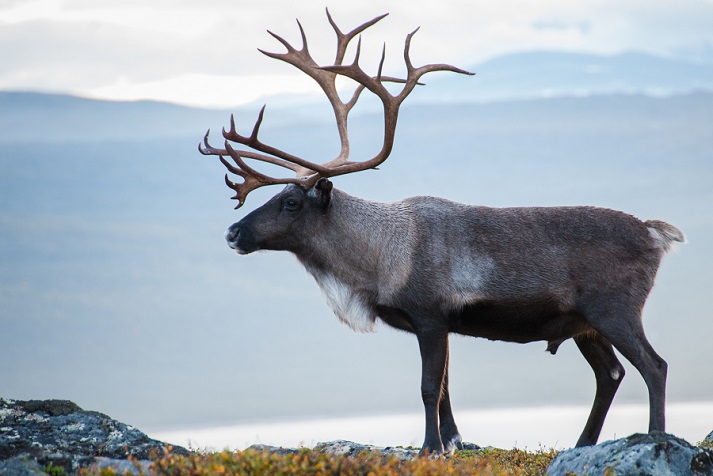