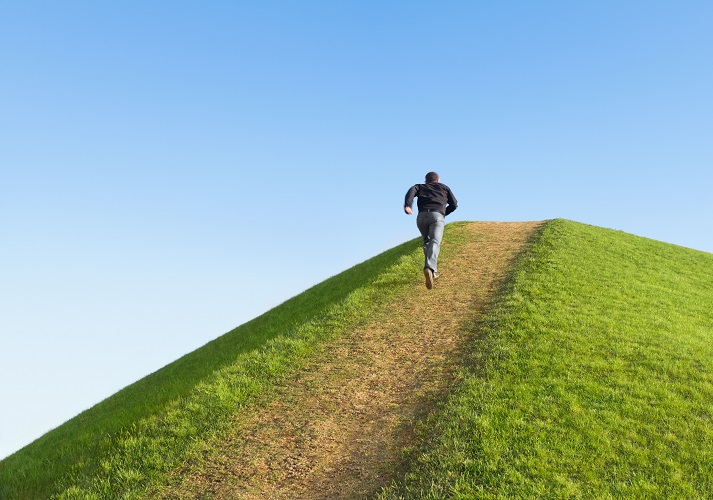 "Slope" means something different to skiers, roofers, and Jack and Jill. We'll take a coordinated look at slopes in math using videos and online practice, so rise and run for a pencil and graph paper!

Imagine running up a really steep hill. You get to the top and pump your fists in the air. Why? Because you made it! It was a POSITIVE experience to run up that hill and conquer it.

Now, imagine going back down the hill. You are going a little too quickly and slip because of the downward incline. How would you describe that? Well, you may say it was a NEGATIVE experience coming down, because you slipped and fell downward!

Check out this lesson to find out!

Maybe you picture mountains and hills, a skate park, a slide, or any number of things.

Slope is a term in math that describes the steepness of a line and the rate at which the line increases or decreases.

Slope is often stated as the rise over the run, or rise/run.

This simply means that you want to know how far up you rise (or down you fall), then how far over you run. This will make more sense once you see some examples below.

In math, the variable "m" is used to represent slope. As you move farther along in math, you will often see it in a formula called slope-intercept form, which is y = mx + b, where m is the slope.

This lesson doesn't say much about that now, but you should try to remember that slope is represented by the letter "m."

There are 4 types of slope that you will find on a coordinate plane:

Here are some silly examples to try to help you remember. Try to picture each one in your mind:

This slope goes uphill from left to right. This slope will always be a positive number. (You made it UP the mountain. That's a POSITIVE thing!)

This slope goes downhill from left to right. This slope will always be a negative number. (You fell DOWN the mountain. That is a NEGATIVE thing!)

This slope is a horizontal line where the slope = 0. (There are ZERO mountains to climb when the ground is just FLAT!)

This means there is no slope, and the line is vertical. This happens when there is a 0 in the denominator. (You are UNable to climb the mountain because it is just a straight up-and-down cliff!)

It is great to be able to look at a picture and say if a slope is positive, negative, zero, or undefined. However, it is even better to be able to count or find what the slope is in number form.

You can find the slope of a line a few different ways. One way is, when given a graph, you can simply count it.

Watch this Finding the slope of a line from its graph | Algebra I |Khan Academy video to see just how it is done:

As this video stated, slope can be thought of as change in y/change in x.

When you are given two points, you could plot them on the graph and just count the slope. However, that would be time-consuming if you had to do it over and over each time you needed the slope. So, a better solution is out there!

Knowing that slope is simply the change in y (how far it "rises" up or down) over the change in x (how far the graph "runs") will allow you to find it without being given a graph. Sometimes you may have one and can simply count the slope, but other times you will not. To find the slope without a picture of the graph, you can use the formula below:

Watch this video, Slope from two ordered pairs example 1 | Algebra 1 | Khan Academy, to see an example of how to find the slope when given 2 points:

Here is an example to show that you will get the same slope whether you count or use the slope formula: 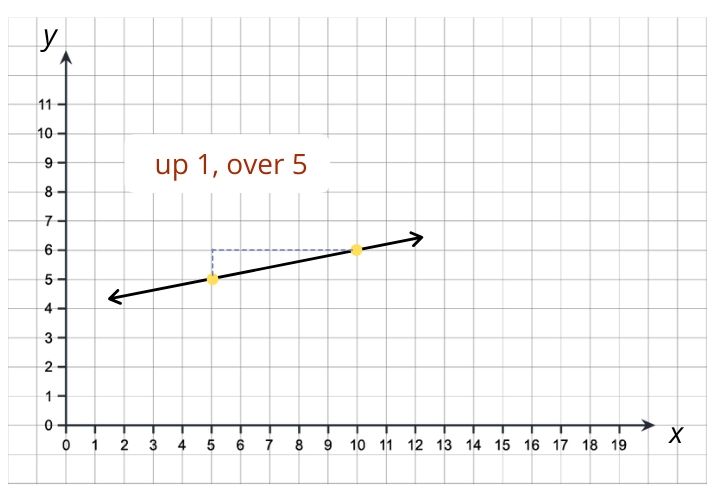 Now let's take this information and try some problems. Do you Got It? You will find out in the next section! 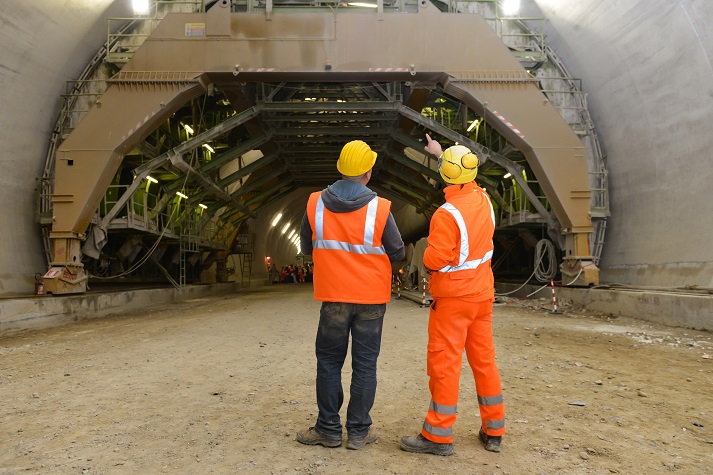 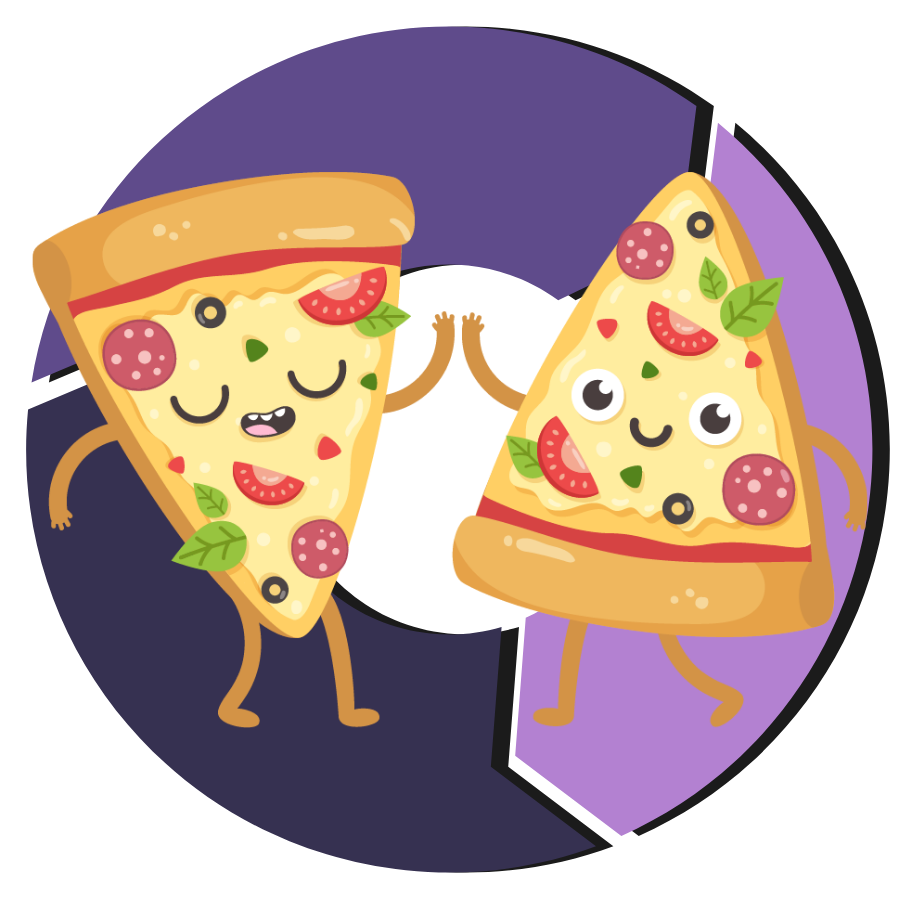 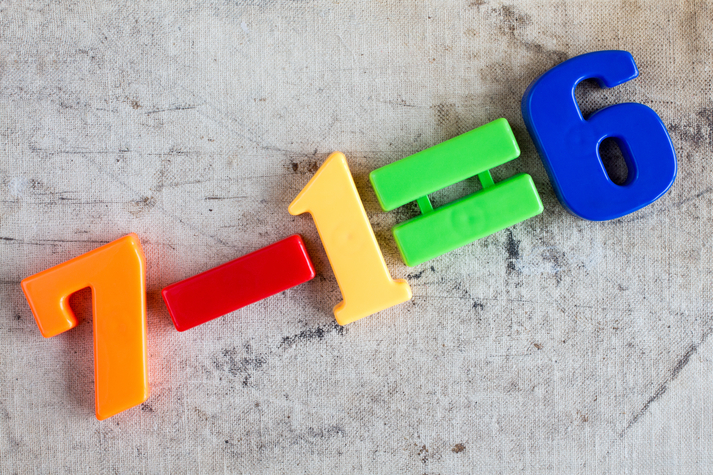 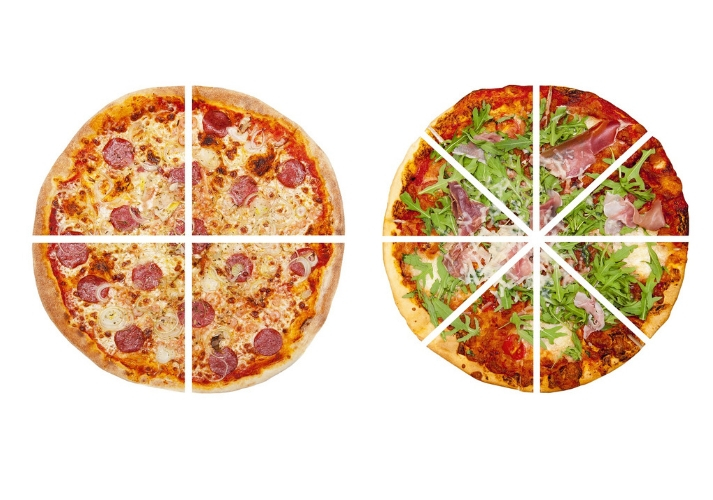 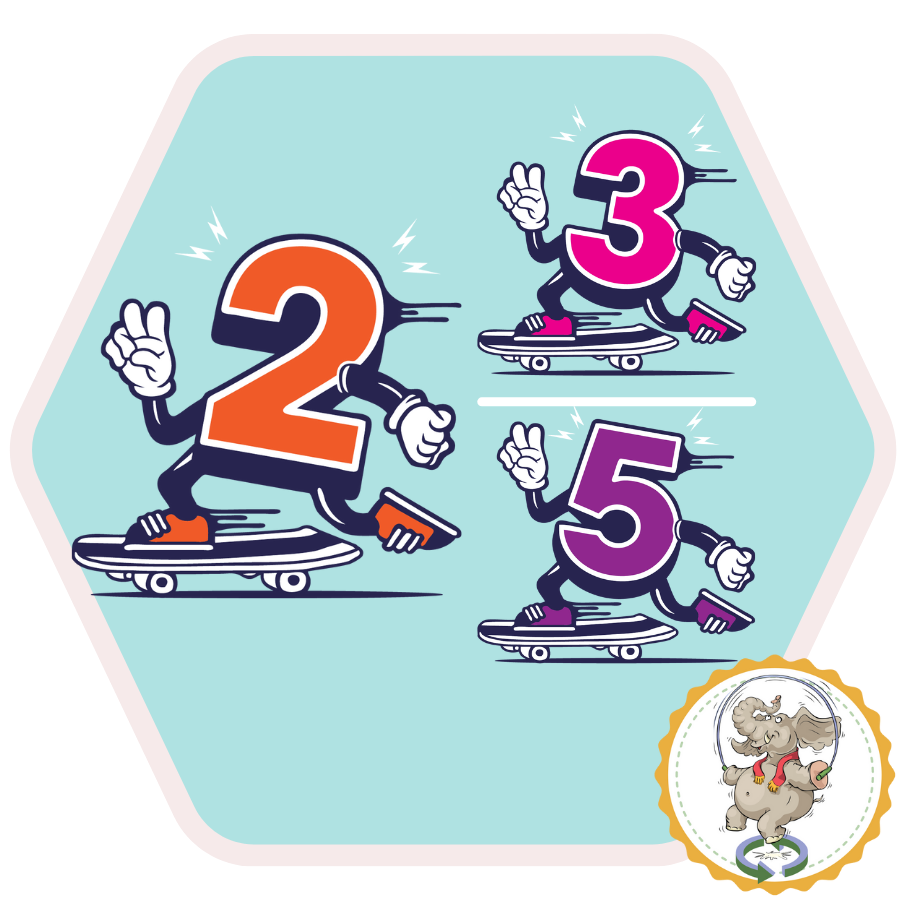