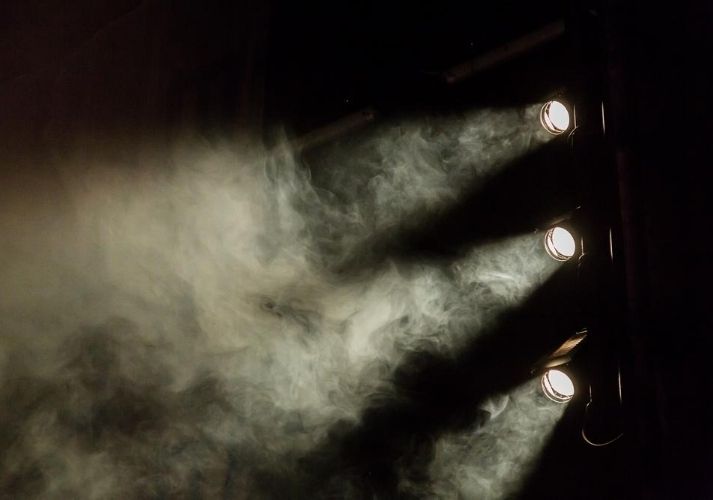 In one of Shakespeare's most famous plays, a young prince seeks to avenge his father's death. Explore several well-known speeches as well as how important theatrical design elements are in a play!

Watch this short clip of Act 1, Scene 1 of a production of Hamlet directed by Gregory Doran for a BBC film adaptation. In this version, the elder Hamlet's ghost looks just like an ordinary man, but the security camera shots are included to show that only his ghost is actually there.

In live performances, the fact that the elder Hamlet is only a spirit has been portrayed many ways, but it is imperative that the audience understands he is a ghost.

While you read Act 1 of Hamlet, think about how you would convey that the elder Hamlet is a ghost.

In this series of Related Lessons, found in the right-hand sidebar, you will study William Shakespeare's The Tragedy of Hamlet, Prince of Denmark, more commonly known simply as Hamlet.

You will need a copy of the play to read as you complete each lesson. If you do not have a copy, you may use William Shakespeare's Hamlet courtesy of The Folger Shakespeare Library.

It is important to note that modern versions of this play use Arabic numerals to note the different acts and scenes (Act 3, Scene 2). If you cite the play in an essay or paper, you would do the same and include the lines (3.2.10-13).

Sometimes, particularly in older versions, you may see the use of Roman numerals (Act III, Scene ii).

Act 1 of the play introduces us to most of the characters and sets up the central conflict: Hamlet's father has been murdered.

Let's explore this act scene by scene, diving into some of the characters and speeches along the way.

This scene communicates two important pieces of information. One, that King Hamlet has died and his ghost is visiting the night watchmen; and two, that Fortinbras of Norway is scheming to take back Denmark.

Interestingly, we do not meet the protagonist in this first scene, but we do meet two other important characters, Horatio and King Hamlet's ghost.

One of the more confusing things for a modern reader to understand is the use of 'Hamlet' and 'Fortinbras' for both the young princes of Norway and Denmark and their fathers.

Think of these not as the characters' given names, but as titles that apply to both father and son. A prince or king during this time period would have been known as and referred to by his title rather than his first name.

In this scene, we finally meet the Hamlet around whom our story centers. First, however, we hear a lengthy speech from Claudius, the new King of Denmark and the late King Hamlet's brother.

When we first hear Hamlet speak, he refers to Claudius as "little more than kin and less than kind" (1.2.67), acknowledging that Claudius is both his uncle and his stepfather.

We also find out that Hamlet is still in mourning for his father, though his mother and the king encourage him to stop and be merry.

Hamlet's speech that begins with "O, that this too, too sullied flesh would melt" (1.2.133) is the first of many soliloquies for this character.

A soliloquy is a device in a play where a character delivers a speech that is not directed at any other character on stage.

The focus shifts to Laertes, who is leaving for Paris and saying goodbye to his father and sister, Polonius and Ophelia.

Polonius delivers one of the most quoted lines of the play in his speech to Laertes: "This above all: to thine own self be true" (1.3.84).

This scene is very similar to the first one with the men sitting in the night to wait for the king's ghost. This time, however, Hamlet joins them and encounters the ghost of his father, who beckons to him.

Hamlet converses with his father's ghost, who tells his son that he did not die of a snake bite as the people have been told, but of poison given to him by Claudius.

When his father leaves, Hamlet delivers his second soliloquy, vowing revenge on Claudius and raging against both his uncle and his mother.

Move on to the Got It? section to practice interpreting Shakespeare's language! 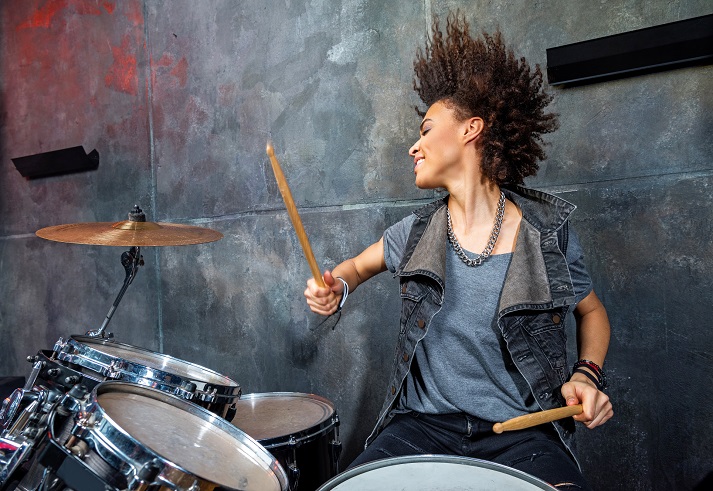 Rhythm: See It, Feel It