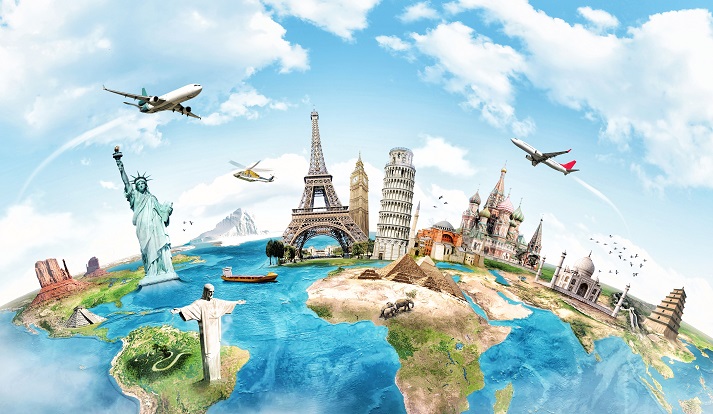 Many faiths have special places people travel to in hopes of earning favor from a deity. Some faith groups don't care where they meet whereas others have traditional holy sites. Islam has the biggest!

We are living in the greatest period in the history of transportation.

Journeys that would take months in previous centuries can now be completed in days or even hours. While car accidents, plane crashes, and other travel disasters still happen, transportation is far safer than in centuries past.

People travel for many reasons: for work, family, tourism, and adventure. Another reason people travel is for religion. When people travel to a religious place for spiritual purposes, it is known as a pilgrimage.

For Muslims, the most sacred place in the world is the Masjid Al-Haram, The Great Mosque, in the city of Mecca, Saudi Arabia. This is the site of one of the largest pilgrimages in the world, known as the Hajj.

Masjid is the Arabic word for mosque, the Muslim house of worship. The mosque in Mecca is said to be the largest in the world. It contains the Kaaba, the cube-shaped building you can see in the image above. All religious Muslims pray in the direction of the Kaaba wherever they are in the world. They often use a compass or a web app to point the way towards the Kaaba.

Learn more about the Masjid Al-Haram by reading the short passage below. As you read, write down the answers to the following questions:

Now, read the passage below and collect your information:

The Masjid Al-Haram is the mosque, or house of worship, that is built around the Kaaba. The Kaaba is a cube-shaped building that has been used as a place of pilgrimage for hundreds of years. It is known to have been used as a religious site for many years before the birth of Islam. According to legend, in fact, the Kaaba was initially built by Abraham and his son, Ishmael. Prior to the life of Muhammed, the Kaaba was filled with the statues of the many gods of the polytheists of Arabia and surrounding lands. Every year, thousands of pilgrims from around the region would make their way to the Kaaba and perform rituals of purification and worship. Islam banned polytheism, eliminated the statues from inside the Kaaba, and turned the traditional pilgrimage into an Islamic ritual devoted to one single god, Allah.

Over the years, the mosque surrounding the Kaaba has grown. The Saudi Arabian government, which oversees the pilgrimage to the Kaaba and surrounding areas, continues to invest large amounts of money in the project. The Saudis have also been criticized by many who feel that the area has been ruined by over-development and the destruction of historical landmarks. About 15 million people visit Mecca every year.

Read the following questions and write your responses in your notebook or journal:

Muslims can make a pilgrimage to the Masjid Al-Haram and the Kaaba, as well as other sites in Saudi Arabia, any time of year. The Hajj, however, is performed only at a specific time of the year.

In the Got It? section, gather more information about this fifth Pillar of Islam.