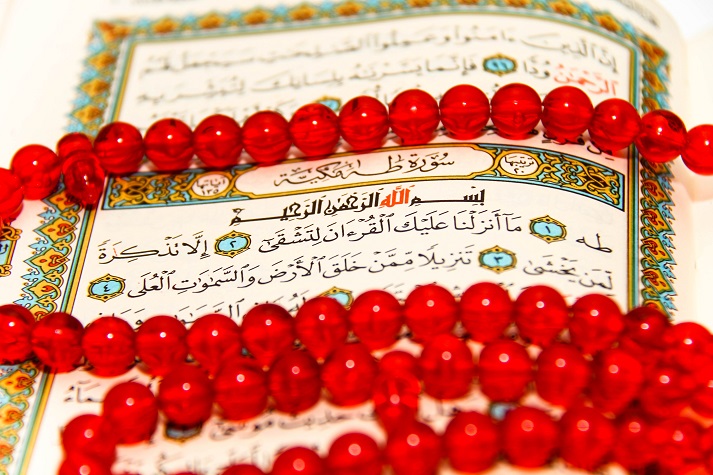 Shahadah: The Testimony of Faith

Most religions and faith systems have core beliefs that unite them. Appearances change, but sincere adherents cling to these beliefs and act out their lives accordingly. Discover core Muslim doctrine!

Islam began as a small tribal religion, and has now become known all over the world. Most people believe they can spot a follower of Islam, but do you know what are the most important beliefs in the religion of Islam?

There are many ways to belong to a group of people.

The answer is … Indonesia.

This is a group of Muslim girls from Indonesia. 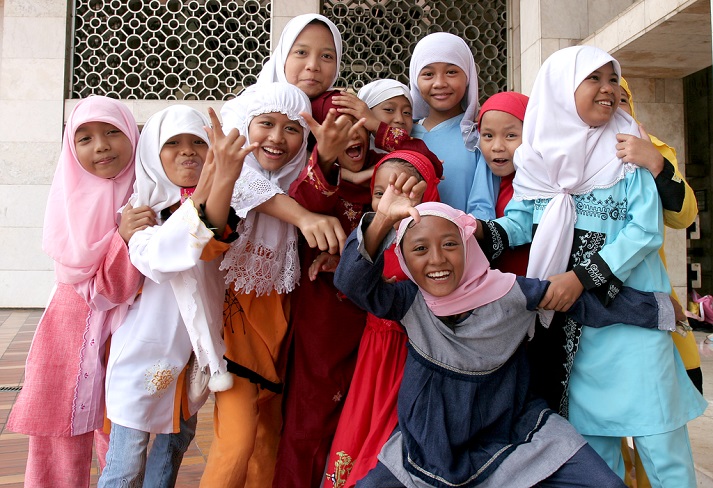 Belonging to a nationality or ethnicity is not a requirement for belonging to the Islamic faith. Belief is the important factor, and there is no special ritual when people choose to become Muslim other than reciting two simple phrases: La ilahailaa Allah wa Muhammed rasul Allah — “There is no god but God and Muhammed is the messenger of God.” These two phrases together are known in Arabic as the Shahadah (/sha ha’ da/), or the testimony of faith.

Read more about the Shahadah in the short passage below. As you read, write down the answers to the following questions in your notebook or journal:

Now, read the following passage about the Shahadah and collect your information:

The Shahadah is the testimony of Islamic faith. It is very short, just two simple phrases. The first part of the Shahadah is La ilahaila Allah — There is no god but God. This was a bold statement 1,400 years ago when Muhammed first began to preach in Mecca, which is located in modern-day Saudi Arabia. Muhammed believed in the God of Abraham and the biblical prophets. He lived amongst and discussed religion with Jews, Christians, and others, and found inspiration in their traditions. The tribesmen of Mecca made their living from the visits to the cube-shaped shrine in Mecca known as the Kaaba. In those days, the Kaaba housed 360 idols, or statues, to many different gods. For an upstart like Muhammed to start talking about only one god, the chief of all those other gods known as Allah, sounded like an attack on the entire community. How would they make their money without the pilgrimage trade? The tribal elders persecuted Muhammed and his small group of followers bitterly, and eventually drove the tiny band of Muslims out of Mecca altogether. Muhammed would return a few years later in triumph. The first thing he did was march to the Kaaba and destroy all 360 idols and images, except for a single image of Jesus and Mary, which he is said to have revered.

The second part of the Shahadah is Muhammed rasul Allah — Muhammed is the messenger of Allah. This means that Muhammed is believed to be a prophet who was sent by God with God's direct message to humanity, a book known as the Qur'an (/kor an'/). Muslims are supposed to follow the words and actions of the prophet in detail. People can learn about those words and actions through hadiths (/ha deeths/), which are the narratives about the life and sayings of Muhammed and other important religious figures. There are countless books of hadiths, and differences of opinion about these books led to some of the different Islamic sects, or groups, we see today.

Once you have finished your reading, reflect on the following questions and record your responses in your notebook or journal:

The words of the Shahadah represent the most basic summary of Islamic beliefs.

In the Got It? section, unpack the two simple phrases of the testimony of faith and explore other important Islamic beliefs.