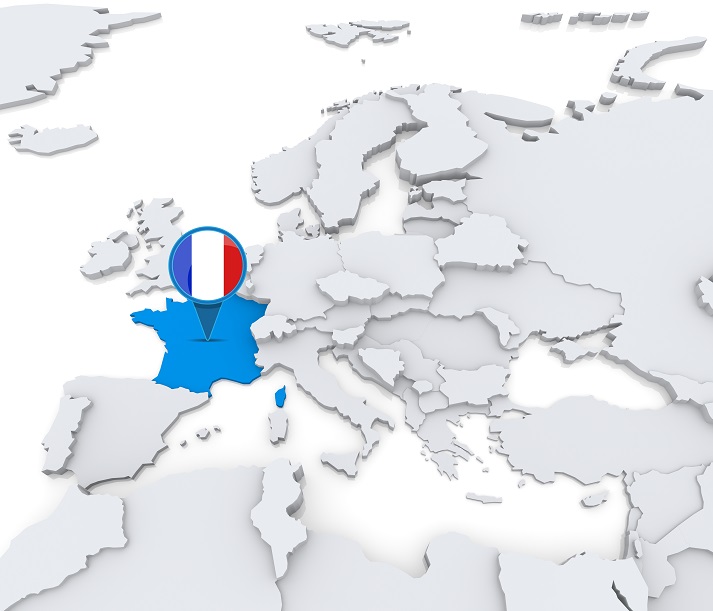 When you think about "France," what comes to mind? The Eiffel Tower? French bread? French toast? How about oilseeds? Learn more about this old and influential European country with the troubled past!

What country is highlighted on the map? Write down three facts you already know about this country, then read on to learn a lot more about France and frost!

The country highlighted on the map of Europe is France.

The blue, white, and red coloring you see next to the highlighted country depicts what the French flag looks like. France is considered one of the earliest developed nations and remains a leader in Western Europe and international affairs today. In this lesson, you will learn about the history, geography, and culture of France.

France became a nation-state (an organized state whose citizens share the same history, traditions, language, etc.) in the mid-1600s.

The early history of France is defined by instability and political uprisings. In the 1700s, the French Revolution took place because the citizens were unhappy that the king was spending so much money and living a lavish lifestyle while the rest of the country was poor and starving. During the Revolution, the king and queen were beheaded and a new government was put in place. Tragically, the new government would not last for long because different people fought for power.

As a neighbor of Germany, France feared for the safety of the country during World Wars I and II. After World War I (WWI), the French built the Maginot Line along the French and German border. The massive defense line was meant to prevent the Germans from moving into France, but it was unsuccessful. Even after WWI ended, Germany pushed its way into France. By 1940, Germany had taken control of part of France, and by 1942, it had taken control of the entire country. France regained control of itself in 1944, shortly before the end of World War II.

Since World War II, France has remained a republic, a government not governed by a monarch. Rather, power rests with certain citizens who vote for representatives. France is also one of the six founding members of the European Union (EU) and continues to play an active role in the EU as of 2017. The EU plays an important role in both European and global affairs. To learn more about the EU, watch EU Referendum: what is the European Union and how does it work? (The Telegraph). As you watch the video, take notes on what the EU is and what it does. This video contains mostly written information. If you need to, you can pause the video at any time to read what it says and take notes:

After you watch the video, answer the following questions on a separate piece of paper:

Take a look at the map of Europe below and find France on the map. Write a few sentences on a separate piece of paper describing its relative location. 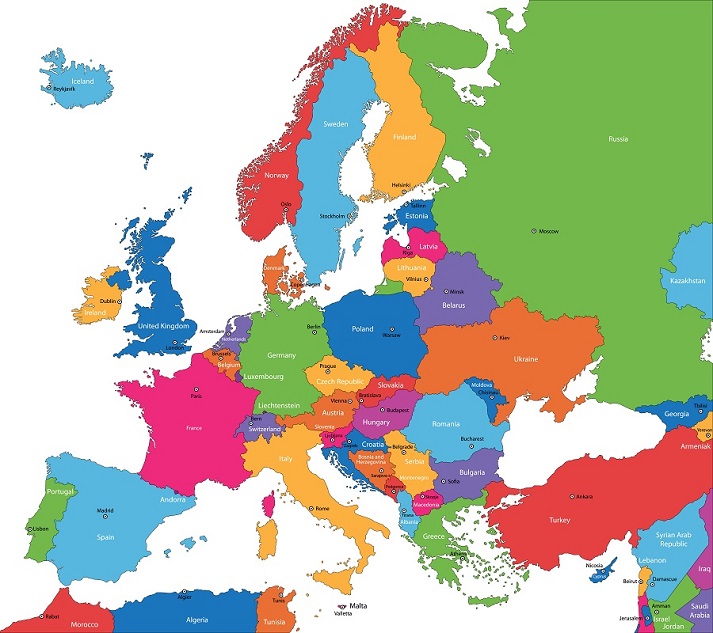 France is bordered by several countries including Germany, Spain, Italy, and Switzerland. To the north, you will find the North Sea and the Atlantic Ocean. To the south, you will find the Mediterranean Sea. The main part of France that you see on the map of Europe is called Metropolitan France. France also has several overseas territories. These territories fall under the jurisdiction and governance of France. These territories include: 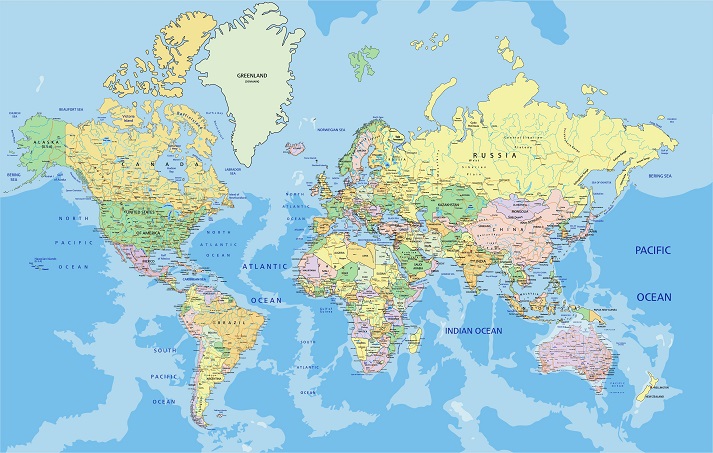 Look at the Köppen climate map below. The Köppen climate classification system is one of the most commonly used systems for identifying climate zones. It is named for the person who invented it, Russian climatologist Wladimir Köppen. What type of climate does France have?

By reading about the history of France, you learned that France’s government has changed many times throughout the past few centuries. As of 2017, France is a republic with an executive, a legislative, and a judicial branch. The executive branch has a head of state called the president, who acts as the representative of the country. The executive branch also has a head of government called the prime minister, who oversees Parliament. Parliament is bicameral, meaning it is made of two houses: the Senate and the National Assembly. How does France’s government compare to the United States’ or your government? Write a few sentences comparing and contrasting the two governments on a separate piece of paper.

At one time, the French government owned almost all sectors of the French economy, but in recent years more industries have become privatized, meaning they are owned by citizens. The main industries in France have to do with technology and industry and include machinery, automobiles, aircraft, electronics, and chemicals. Agriculture also plays a huge role in the French economy. Some of France’s leading agricultural products include wine grapes, wheat, and sugar beets.

Significantly, France has a large tourist industry. More than 80 million people travel to France each year to experience its history, culture, and geography. To get an idea of some of the things you can see and do when visiting France, check out the following video. As you watch Top 10 Tourist Attractions in France from WatchMojo.com, make a list of things you would want to do if you visited France:

Now that you have learned about France, write the answers to the following questions on a separate piece of paper:

When you have finished writing your answers, discuss your responses with a teacher or parent.

Then, move on to the Got It? section to learn more about agriculture and how it impacts the French economy. 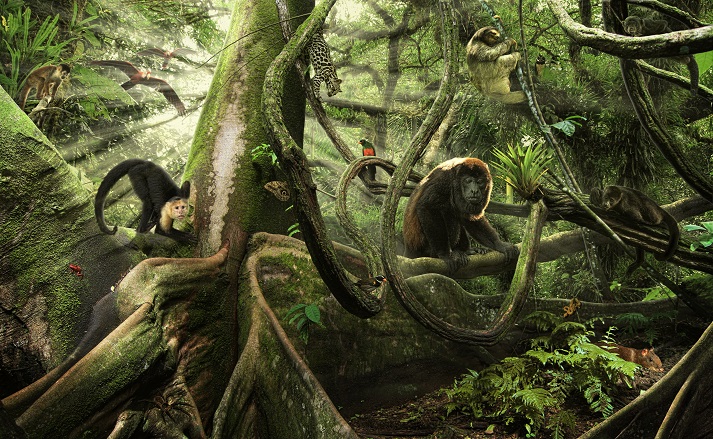 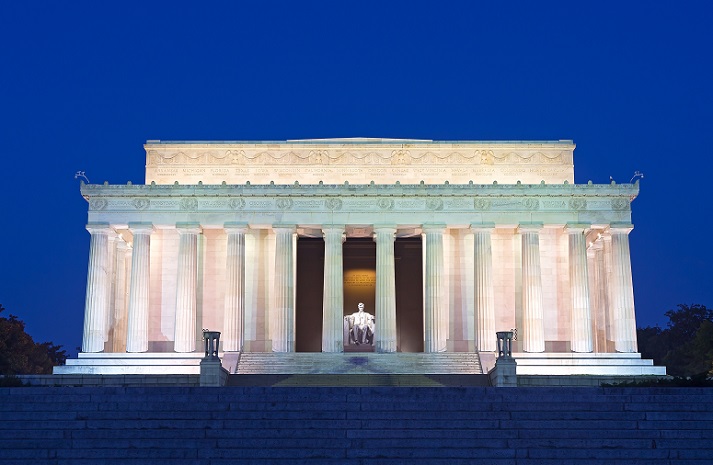 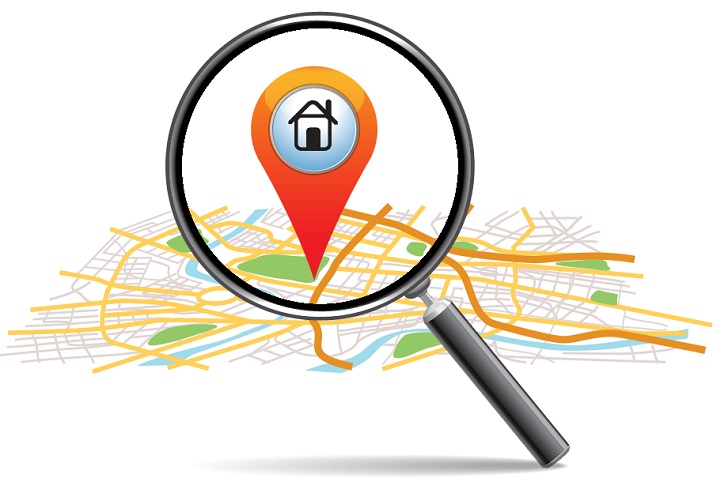 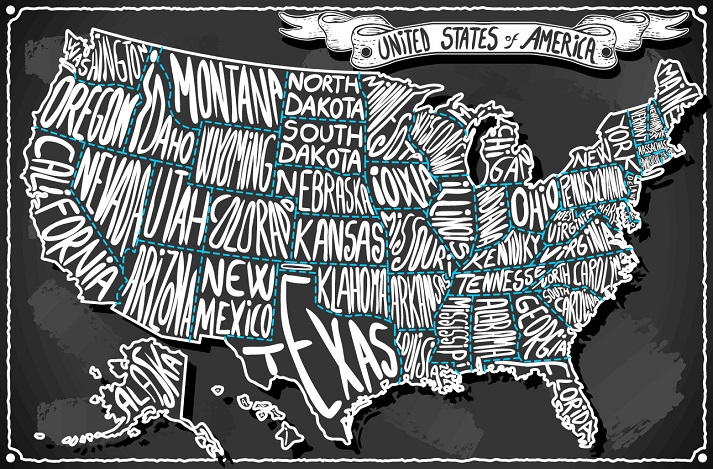