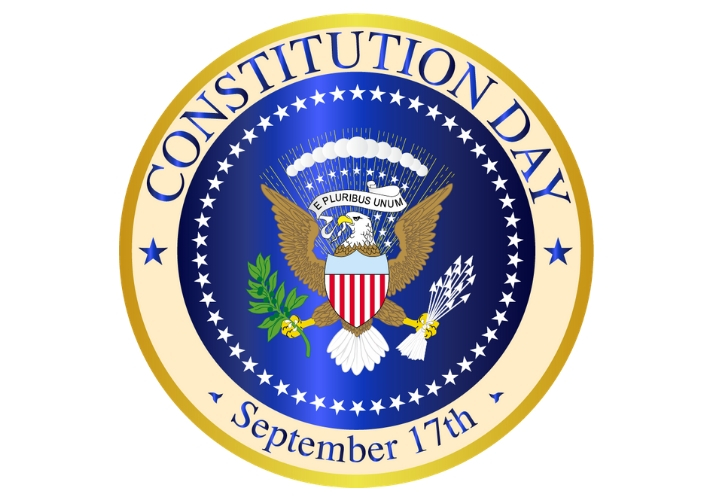 When a country is threatened by outside, or even internal, forces, citizens debate what their country stands for and loyalty might be tested. Discover a two-holiday holiday, and try to start your own!

The course of events leading up to the creation of Constitution Day proves that the voices and opinions of a few people can make a huge difference!

Before you begin reading about the history and traditions associated with Constitution Day, tell your teacher or parent what you think Constitution Day is and why it is celebrated.

In 1939, New York newspaper owner William Randolph Hearst proposed a holiday to celebrate American citizenship. Hearst owned many newspapers that put out daily publications, and began printing this notion in his papers. Since his newspapers had a large readership, the idea caught on and, when combined with Hearst's political connections, prompted Congress to make the third Sunday in May a national holiday called, "I Am an American Day." The day was used to celebrate being an American and to honor those who had recently become American citizens. In the early 1940s, the date was used to inspire patriotism in the midst of the United States' involvement in World War II.

I Am an American Day remained an important date until it saw a change in 1953.

Citizenship Day remained the singular holiday on September 17 until 2004.

The following year, the Department of Education supported the shift to call September 17 Constitution Day and Citizenship Day. Laws were created that added two requirements to the holiday.

How did the voices of a few people make Constitution Day a reality? What holiday coexists with Constitution Day? Do you think these holidays should be grouped together? Share your responses with your teacher or parent. Next, move on to the Got It? section to learn more about the history of Constitution Day.