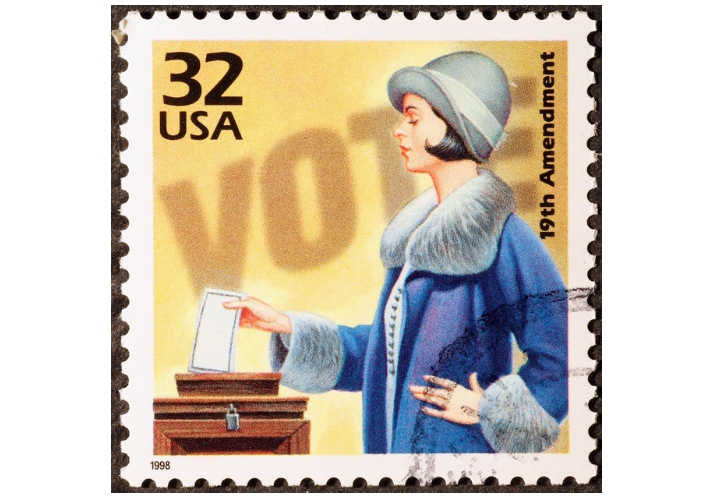 Can you believe that, at one time in U.S. history, women were not allowed to vote in federal elections? Is that fair? Read about this issue and present your opinions about equality using infographics!

"There never will be complete equality until women themselves help to make laws and elect lawmakers."

This quotation is by the woman pictured below, suffragist Susan B. Anthony: 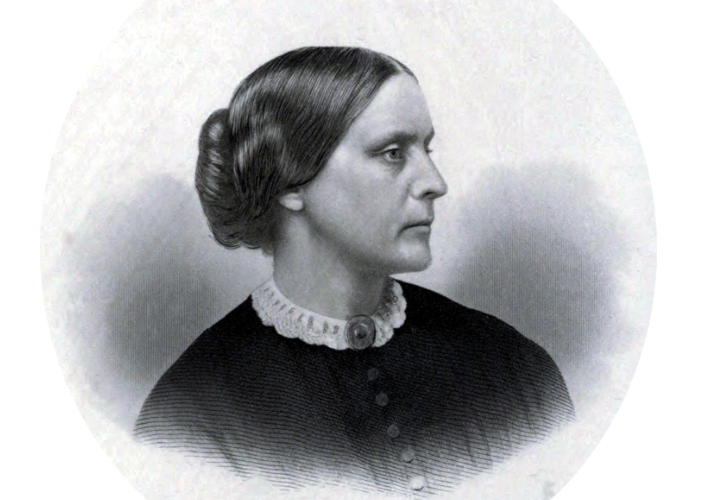 Image engraved by G.E. Perine & Co., NY, via Wikimedia Commons, is in the public domain.

Susan B. Anthony was both a leading abolitionist and prominent women's rights activist.

She spent her entire life trying to gain enfranchisement for women. In 1872, while living in New York, she and 14 other women cast ballots for president and representatives to Congress. Although she was arrested and fined, she never paid her fine.

The road to gaining women's right to vote was a long one. Take some time to read through the One Hundred Years toward Suffrage: An Overview (memory.loc.gov).

Take a look at the map of women's suffrage laws in various states of the US, which was published September 4, 1920 (below). 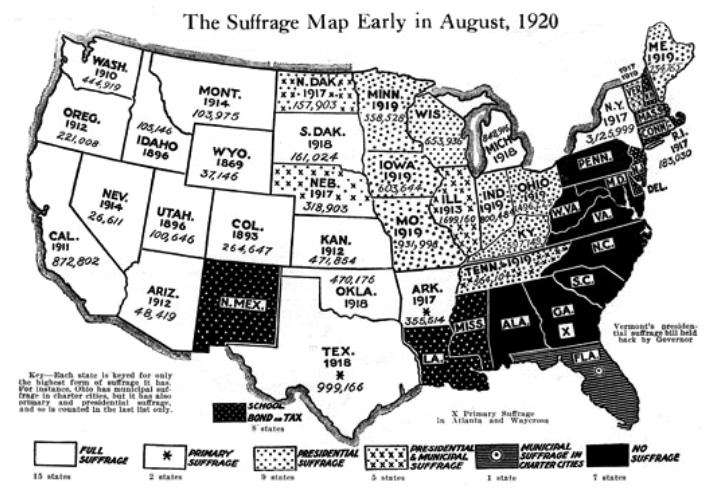 Image by Marjorie Shuler, via Wikimedia Commons, is in the public domain.

Both men and women were suffragists and anti-suffragists.

'Vote No on Women's Suffrage':Bizarre Reasons For Not Letting Women Vote (The Atlantic)

Look at your lists and discuss your thoughts with your teacher.

You can see that some of the arguments were based in the real fear that women were not capable of voting intelligently, and others believed that keeping women out truly was in their best interest. The fight over the suffrage amendment raged on, just as women's roles continued to change after WWI.

Move along to the Got It? section to join the conversation! 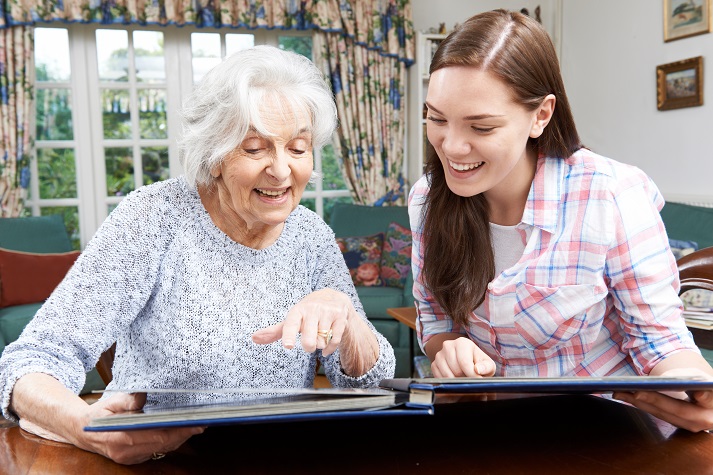 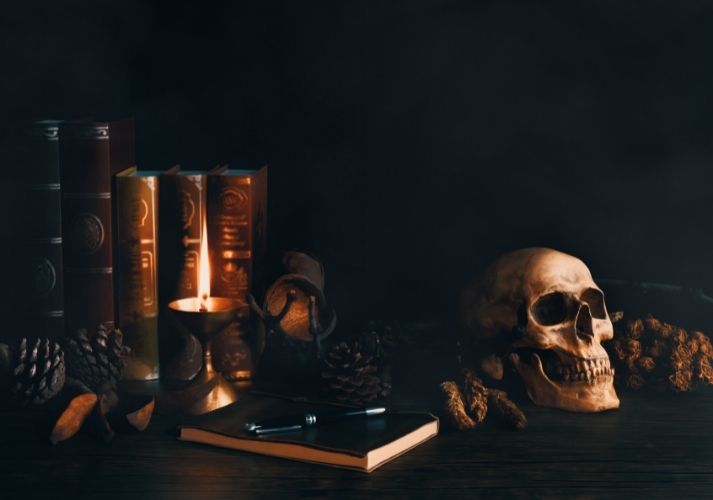